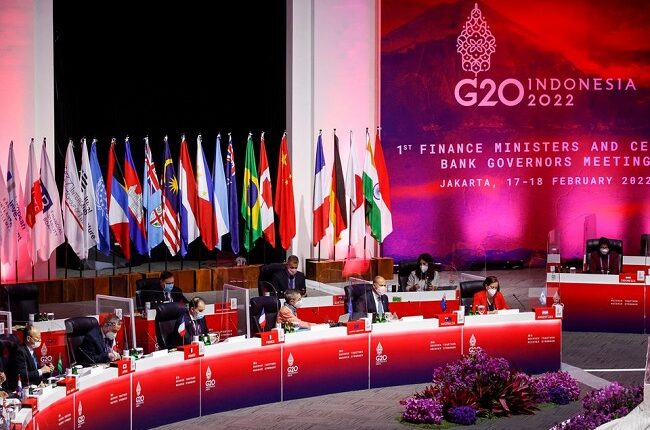 The holding of the G20 Summit is the best momentum that Indonesia has to be able to continue to encourage the whole world to be able to face the global food crisis which is currently threatening as a long-term impact of the pandemic and the Russia-Ukraine conflict.

After two years of being rocked by the Covid-19 pandemic, now all countries must try to rise again from adversity and the threat of a crisis that could hit them. However, it turns out that recently, with the conflict between Russia and Ukraine, the efforts of these countries to get back up have certainly been hampered.

How not, because the two countries actually have a fairly strategic role, namely producers of wheat and seeds as food stocks for the European Union and the world. Since the conflict occurred, export activities carried out by Russia and Ukraine have also been hampered.

This then resulted in several other countries that were very dependent on their imports to be affected. Therefore, the threat of inflation, recession and also the food crisis continues to haunt.

In these difficult conditions, Indonesia as the Presidency at the Group of Twenty (G20) Summit also has a strategic role. Because the Secretary General, Ministry of Agriculture who is also Chair of the G20 in the field of Agriculture Working Group (AWG), Kasdi Subagyono firmly stated that he invited all G20 members to be able to unite their commitments and how to work together in order to find effective solutions and concrete measures to deal with the threat of a global food crisis.

Kasdi emphasized that he would continue to encourage food supply delivery activities to have absolutely no boundaries between countries and nations, so that everything must be executed in an open and transparent system that can be accessed by all parties, especially the G20 member countries.

On the other hand, the Minister of Agriculture (Mentan), Syahrul Yasin Limpo also stated that all parties are able to establish solidarity so that they can recover together and become stronger in facing the threat of the crisis after the Covid-19 pandemic and the multidimensional crisis that currently continues to haunt. world.

Of course, working on programs in order to strengthen the world’s food supply to minimize pressure from this crisis, according to Syahrul, uses a very sustainable approach, namely the Sustainable Development Goals (SDGs) in accordance with the Communique that has been prepared by the G20 Minister of Agriculture.

Furthermore, the Minister of Agriculture said that all countries can work hand in hand so that there is no mutual inequality that occurs, especially from developing countries and developed countries. This is very important so that the global food security situation can remain stable.

One of the concrete actions that have also been taken is through the Agency for Agricultural Research and Development (Balitbangtan) which clearly stated that they are ready to offer technology and food products from various rice varieties and other plant species to G20 countries.

Regarding this, Prof Fadjry Djufry as the Head of Balitbangtan stated that Indonesia currently has very productive food technology and is even able to produce various types of different food varieties such as rice, corn, coffee and so on. This ownership of food technology will certainly be very useful to be able to help G20 countries, especially in efforts to resolve the world food crisis.

Unmitigated, rice yields from food technology that have been developed by the Balitbangtan are also claimed to be able to survive and also remain productive even though they have to deal with diverse natural conditions.

It is undeniable that Fadjry stated that Indonesia itself has a different experience when compared to other countries regarding efforts to deal with this world food crisis. Therefore, the experience possessed by Indonesia itself will be very useful if it is shared with the G20 member countries. Meanwhile, the Coordinating Minister for Economic Affairs of the Republic of Indonesia, Airlangga Hartarto, said that Indonesia itself was one of the few other countries that was able to continue to print economic growth despite being blocked by the Covid-19 pandemic. With such a strong position, he asked that the countries in the G20 can also participate more committed because they have a responsibility to think about other countries and can provide solutions to the many people suffering from the conflict between Russia and Ukraine.

On paper, Indonesia as the G20 Presidency continues to encourage all parties, especially member countries, to further increase their commitment in working together to find solutions to the threat of the food crisis that is threatening the world today.

)* The author is a Contributor for Pertiwi Institute