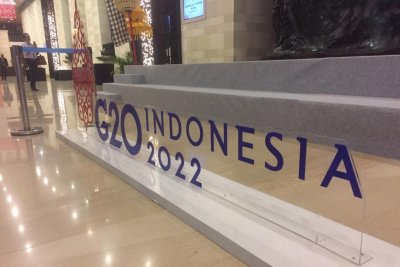 The pandemic has changed the adaptation of various sectors, including the tourism sector, which was affected by the social restriction policy. The tourism sector has received the spotlight in a series of G20 Summits. The series of G20 Summit events which were held in Indonesia almost throughout 2022 became a momentum to show the world about the rise of Indonesian tourism from the pandemic and commitment to encourage sustainable tourism.

The G20 Summit will take place and be centered in Bali. As is known, the Island of the Gods has been one of the main gates for foreign tourists who want to visit Indonesia. Not only in Bali, the government also wants to introduce the potential of other leading destinations in the country. Therefore, a series of interesting side event agendas during the G20 Presidency will be spread in a number of tourist destinations.

A total of 19 cities or tourist destinations in Indonesia, of which 5 are Super Priority Tourism Destinations (DPSP) such as Labuan Bajo, Likupang, Mandalika, Borobudur and Lake Toba, will certainly be hosting the grand conference.

The President Director of the Labuan Bajo Flores Authority Agency (BPOLBF) Shana Fatina said, the presence of Labuan Bajo as a side event destination for holding the G20 conference would certainly be an important issue regarding productivity as well as sustainable tourism, as well as the development of the local digital economy through small and medium enterprises (SMEs). and Micro, Small and Medium Enterprises (MSMEs). Shana assessed, since 2019, the face of Labuan Bajo has been polished by presenting various public facilities which are expected to be able to provide space for the public and also tourists who come to be able to enjoy the beauty of Labuan Bajo.

The collaboration that exists between pentahelix and all stakeholders in advancing Labuan Bajo to welcome the implementation of the G20 Summit continues to be maximized with stakeholders, from business actors, the community as well as the media.

He added that the authority body was present not only as a representation of the central government in the regions, but also as an outline of all interests in developing Labuan Bajo tourism.

Previously, the Minister of Tourism and Creative Economy (Menparekraf) Sandiaga Uno said that the post-pandemic tourism trend is quality and sustainable tourism. Therefore, he encourages the incoming investment to prioritize sustainability.

Sandiaga imagines, if by 2030 all tourism destinations in Indonesia are totally using electric vehicles, then this will certainly be an added value for Indonesia. Because Indonesia wants to realize more quality and environmentally sustainable tourism.

It should also be noted that sustainable tourism is a tourism concept that has an impact on the environment, social, culture, economy for the present and the future, both for local people and tourists.

According to Sandiaga, all aspects of tourism recovery from the pandemic must seek the implementation of sustainable tourism as a sustainable recovery and accelerate the readiness of super priority destinations. Currently, Indonesia’s various attractions are being directed towards this aspect.

Meanwhile, the G20 Presidency will also provide fresh air for the hotel sector to recover.

Senior Associate Director Research Colliers Indonesia Ferry Salanto said the G20 presidency will have an impact on hospitality in Bali because it is hosting the High-Level Conference.

In 2020 and 2021 hotel occupancy rates in Bali tend to show a flat graph. The occupancy rate is still below 60 percent compared to 2019 before the Covid-19 pandemic.

Ferry explained that the arrival of international guests would increase during the preparations for the G20 Summit event. This will also increase the occupancy or occupancy rate of hotels in a number of areas. So that hotels that were previously deserted because of the pandemic, can start to fill up again.

The choice of Indonesia to lead the G20 is also a form of recognition of its status as one of the countries with the largest economy in the world. Indonesia is considered to be able to orchestrate the discussion agenda at the G20 in order to support and have a positive impact on the recovery of Indonesia’s economic activity.

Indonesia is a country with extraordinary tourism potential, Indonesia’s opportunity to host the G20 Summit should be utilized to promote Indonesian tourism to countries involved in the grand event.

Through the G20, Indonesia Shows the Prosperity of Papua to the World