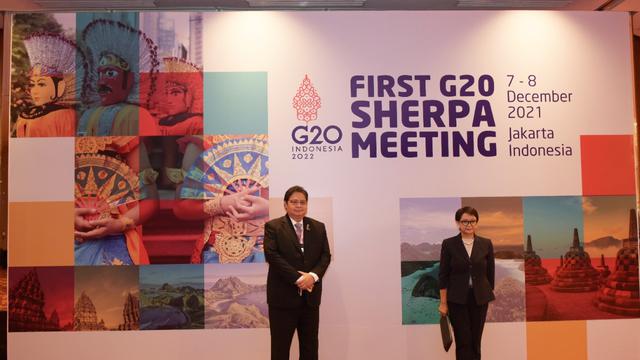 The holding of the G20 Summit in Indonesia will revive the regional economy. The reason is because there will be a lot of goods and services circulating in the region, so that people’s welfare is expected to increase again.

Indonesia was appointed as the G20 presidency, which means this forum will be held in this country in 2022. The appointment of the presidency is an honor because it shows President Jokowi’s internationally recognized leadership. In addition, the G20 Summit will bring several positive impacts, especially in the economic sector.

Promotions are usually carried out indirectly because representatives of G20 members usually spontaneously take pictures or record beautiful scenery (in break sessions). They will upload it on social media, so that their followers who are average citizens in their country will see the natural beauty of Belitung. They will know that Indonesia does not only have Bali but Belitung is no less exotic.

Tourism in Belitung will be crowded again and after Omicron subsides and the pandemic is over, foreign tourists can travel there. When there are many tourists, it will increase the country’s foreign exchange as well as grow the people’s economy, because they can rent out rooms in homestays, sell food, rent vehicles, and so on.

Ansori continued, the appointment of Belitung as the location for the G20 Summit Development Working will increase investment in the region. The reason is because there will be many world leaders who will come to the summit, such as King Salman (Saudi Arabia), Justin Trudeau (Canada), Emmanuel Macron (France), and others will see the situation in Belitung for themselves.

Representatives from G20 member countries will see the beautiful nature in Belitung as well as see that there are still mining there, namely tin, granite, quartz sand, etc. They will be interested in investing because these mining materials can still be processed and sold at quite expensive prices.

If there is investment from abroad, the economic sector in Belitung will stretch again. Mining will be excited because there is an injection of funds from investors and they can enter the international market, because investors already know the flow. If a new mining business is opened, the people who benefit from unemployment are reduced and they get a salary and live decently.

In addition, when there is a G20 Summit, of course you will need catering services, vehicle rental services, room cleaning, etc. So that the owner of the business will benefit from getting orders in large quantities (because there are also many G20 members coming), plus the committee from Indonesia.

The government deliberately made several locations for the pre-peak event of the G20 Summit, after previously being held in Jakarta at the end of 2021, then in Belitung, only on the Island of the Gods. In this way representatives from the G20 members saw not only the exoticism of Bali but also other parts of Indonesia.

The Development Working Summit of the G20 which will be held in Belitung will be very profitable from an economic point of view. First, the representatives of the leaders of the G20 member countries will see the beauty of nature there and then promote it to their people. Second, they will also be interested in investing, because Belitung has natural wealth in the form of very potential mining materials.