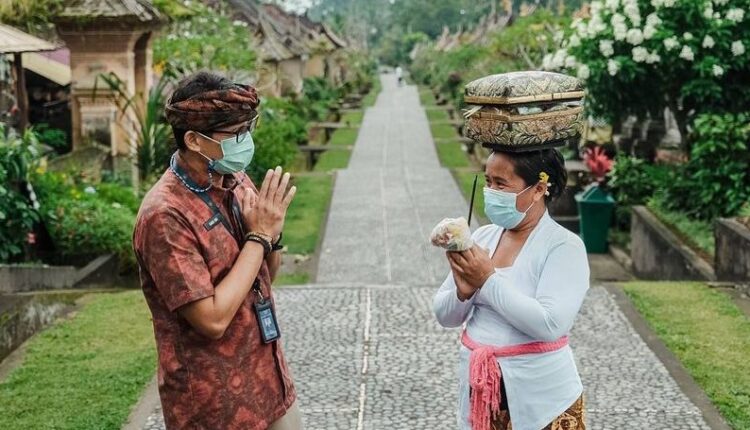 The High-Level Conference (G20 Summit) will be held in Bali, from 15 to 16 November 2022. The existence of this event is believed to be able to restore tourism that was previously affected by the Covid-19 pandemic.

The pandemic has changed the world and Indonesia has also had a negative impact, especially on the tourism sector. The ban on leaving the house at the beginning of the pandemic and followed by a ban on flying from many countries, made tourism entrepreneurs cry, because the hotels and inns were deserted. Even though they only have 1 job and are finally confused about finding other ways to make a living.

To restore tourism in Indonesia, the government uses a special strategy. After the call for work from Bali which was socialized by the Minister of Tourism and Creative Economy, Sandiaga Uno, the Indonesian government also held the position of the G20 Presidency. As the presidency, this summit will automatically be held in Indonesia, specifically in Bali, and will have a positive effect on tourism in this country.

Senior Associate Director of Research Coliers Indonesia, Ferry Salanto, stated that Bali will host the G20 Summit and this is a big hope. Bali’s condition has started to improve, when compared to 2020 (the early period of the pandemic). Tourism there has recovered, although it is still dominated by local tourists.

The G20 Summit will also further increase Bali’s tourism. The reason is because the delegations of G20 members will stay in hotels and increase their occupancy rate. They are satisfied because they are served very well, and the hotels are guaranteed to be very safe because their employees have been vaccinated and adhere to health protocols.

The G20 delegates will stay at 24 hotels in the Nusa Dua area. They have also gone through strict screening to be safe from Covid-19 transmission, starting from hotel rooms, door handles, toilets, elevators, and other parts. All hotel employees also wear masks and diligently wash their hands, and are always disciplined in Prokes.

In addition to increasing hotel occupancy, the G20 event also increases tourism in Bali. The reason is because of the coverage of the summit that was broadcast by the media around the world. They will see that Indonesia, especially Bali, is so safe and unaffected by the pandemic conditions. Streets and buildings in Indonesia are so sterile that they are safe from Corona, and make tourists believe.

Foreign tourists will come and travel to Bali and other areas in Indonesia after watching the coverage of the G20 Summit. They are fascinated by the beauty of the Island of the Gods and believe in the security of Indonesia, which can handle the impact of the pandemic very well. The success of the G20 Summit is also expected to foster public trust and comfort because the pandemic in Indonesia has been controlled.

Meanwhile, the delegates of the G20 member countries are also expected to be comfortable traveling in Bali and plan to continue their visit and take a short vacation there. If not, then they will come again to Indonesia in the near future. In their country, they also promote Indonesia, especially Bali, and believe that tourism in Indonesia is getting better and sterile.

The Governor of Bali, I Wayan Koster, stated that more than 90% of Balinese people over the age of 12 have been fully vaccinated, thus establishing herd immunity . The governor’s statement was accompanied by data from the Covid-19 Handling Task Force Team that currently the Island of the Gods has entered the yellow zone, aka minimal transmission of Corona. Foreign tourists can travel safely in Bali, as long as they comply with Prokes.

In an effort to recover post-pandemic tourism, adherence to procedures and vaccinations is very important. This is so that guests from G20 member countries are not afraid of contracting Corona. They have also been fully vaccinated so that the G20 Summit will run smoothly.

Meanwhile, Economist Syamsul Hidayat, stated that the G20 Summit will provide a profit of around Rp. 1-2 trillion for Indonesia, because the country’s foreign exchange increased. Moreover, this event is not only held in Bali, but also in Jakarta, Solo, Bandung, Papua and so on.

Indeed, there were several forums before the official opening of the G20 Summit, such as the Sherpa Meeting in Jakarta and the W20 ( Women Twenty ) in Papua. These forums are a series of the G20 and the discussion is more specific, such as the W20 which discusses the movement of women.

When the G20 support forums are held in many cities in Indonesia, it also introduces tourism in this country which is very unique. Where there is a lot of culture and art in one country. This uniqueness is very much liked by the G20 delegates and they will always visit Indonesia for vacation.

The G20 Summit will boost the tourism sector and increase hotel occupancy rates. This forum is not only important for the friendship of the G20 countries, but can also revive the Indonesian tourism world, which was a bit shaken by the effects of the pandemic. Bali and other tourist areas will be crowded again by foreign tourists.

)* The author is a contributor to the Nusantata Reading Room