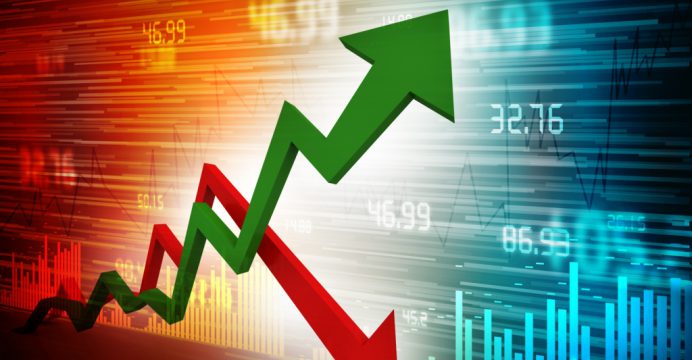 The government continues to strive to maintain the State Revenue and Expenditure Budget (APBN) and reduce vulnerability to debt. These efforts were made to reduce the rate of inflation.

Finance Minister Sri Mulyani said that she would reduce the deficit in response to the US central bank The Fred who would raise interest rates up to 75 basis points. Sri Mulyani said, the deficit fell, the financing went down. That’s the government’s way of securing it. He said that currently the Ministry of Finance will focus on maintaining the state budget and reducing the country’s vulnerability to debt. This is done by reducing the level of the deficit to less than the Gross Domestic Product (GDP).

Sri Mulyani as the State Treasurer is quite confident that with strong enough funding and a strong enough remaining state calculation, the government will be able to reduce the issuance of state securities (SBN). So with an increase in interest rates, but then fewer issuances, his party hopes that the debt to GDP ratio can be lowered.

Currently, the Indonesian economy is still in a much better position compared to other countries. This is supported by the country’s exports that are getting better, stronger economic growth and stable inflation.

Sri Mulyani also said that the Ministry of Finance will continue to maintain that Indonesia’s economic fundamentals are also getting stronger, such as improving exports, then foreign direct investment (FDI) can enter, economic growth also strengthens, stability and inflation also remain good.

Meanwhile, other countries have declining economic growth, declining exchange rates and high inflation. So it makes sense if interest rates in a number of countries soared very high and created a greater risk change for the country’s economy.

Indonesia’s current growth is still strong, and it is hoped that in the second quarter it will also remain strong, inflation will be maintained, even though we see persistent pressure from commodity prices.

On a different occasion, Bank Indonesia (BI) said it was ready to raise its benchmark interest rate if core inflation increased. Indonesia’s core inflation at the end of June 2022 was recorded at 2.63 percent (year on year/yoy). Core inflation itself describes the movement of people’s purchasing power.

Meanwhile, the Consumer Price Index (CPI) inflation or general inflation was recorded at 4.35 percent. This realization is above the government’s target in the 2022 State Budget in the range of 2-4 percent. Until June 2022, Bank Indonesia decided to keep interest rates at 3.5 percent. The reason is, BI sees inflation is still under control despite an increase.

In June 2022, inflation in the United States (US) broke 9.1 percent. The spike in the consumer price index jumped due to the Fed’s interest rate policy. The US inflation rate exceeded economists’ expectations and was recorded to be the highest in 41 years. In fact, economists estimate that the US inflation rate could fall slightly compared to last May 2022 which was 8.6 percent. Instead of going down, inflation is actually going up wildly.

The US Bureau of Labor Statistics reported that the cost of living rose 1.3 percent during June 2022, contributed by higher gasoline, housing and food prices. Energy prices skyrocketed 41.6 percent last year, while food prices soared 10.4 percent. Not to mention, the cost of housing in the US rose 5.6 percent.

Royce Mendes, Economist for Desjardins, said the current inflation rate was very hot and would likely force the US central bank to raise its lending rates. In fact, rate hikes could be more aggressive in the coming months.

By all means, the government must continue to try to suppress the inflation rate and the state budget deficit. Indonesia is still a safe country against inflationary storms, so this condition must be maintained so that interest rates in Indonesia do not increase. This policy certainly needs to be appreciated and supported by the wider community so that the stability of the national economy can be maintained.

The Benefits of DOB for the Next Generation of Papua

IKBP Optimistic that DOB Can Advance Papua Like Jakarta