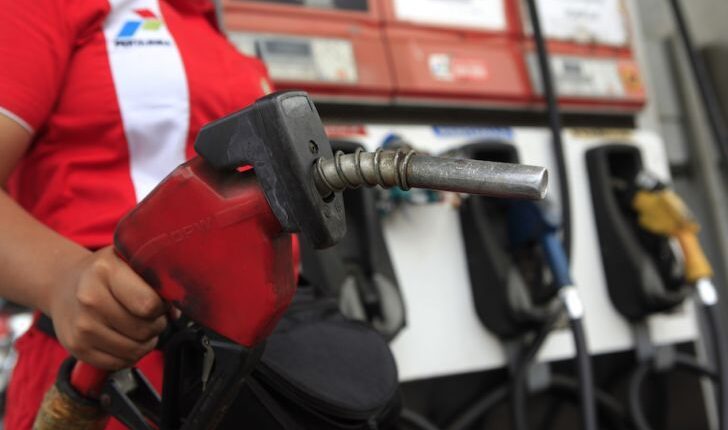 It should be noted that inflation is a scourge for all countries, including Indonesia.   One of the reasons for the soaring inflation is due to the fact that food and energy prices have increased drastically after the Russian-Ukrainian war. Where the world crude oil price had broken through 100 US dollars per barrel.

Prof. Imron Cotan as an observer of strategic issues said that currently there are more than 20.6 million people plus around 16 million workers will get social assistance from the government of Rp. 600,000 for the lower class and Rp. 600 thousand for 16 million workers.

With the reduction of the state budget burden after adjusting the fuel price, the budget can also beused to subsidize the transportation sector.

Thegovernment also set aside 2% of the general transfer fund to subsidize the transportation sector, including motorcycle taxis because it is considered a major component in the economic system, including other sectors that are considered important by the local government.

Prof. Imron Cotan also believes that the current government must have the best plan and through careful planning and details to be able to overcome the price spikes that may follow the fuel adjustment.

After the fuel price adjustment, a number of food commodities such as chili and shallots have indeed increased, although currently the movement of these commodity prices tends to decrease and stabilize. Meanwhile, commodity prices that need special attention are rice prices which are still on an upward trend.

BI Governor Perry Warjiyo said that BI’s decision to raise the benchmark interest rate was carried out as a preventive and forwarf-looking measure to mitigate the increase in core inflation and inflation expectations due to the increase in non-subsidized fuel prices and volatile food inflation.

In addition, this step isalso encouraged in order to strengthen rupiah exchange rate stabilization policy to be in line with its fundamental value.  Currently, global financial market uncertainty is still high amidst stronger domestic economic growth.

Bank Indonesia will also continue to strengthen  its policy mix response to maintain stability and strengthen the national economic recovery.  As is known, BI’s policy to raise the benchmark interest rate for the first time was carried out after since February 2021 the interest rate was maintained at the level of 3.50 percent.

Previously, President Jokowi also ordered regional heads to use the Regional Revenue and Expenditure Budget (APBD) to contain the inflation rate due to fuel price adjustments.

The trick is to use 2 percent of the GENERAL Transfer Fund, meaning the General Allocation Fund (DAU) and the Profit Sharing Fund (DBH) to overcome the impact of inflation due to the increase in fuel prices.

The Ministry of Finance (Kemenkeu) itself has issued Minister of Finance Regulation Number 134 / PMK.07 / 2022 concerning Mandatory Spending in the Context of Handling the Impact of Inflation in 2022, which requires local governments to distribute 2 percent of the General Transfer Fund (DTU) for social assistance.

The social assistance is directed to motorcycle taxi drivers, MSME actors and fishermen for job creation and the provision of subsidies for the public transportation sector in the regions.

Minister of Finance Sri Mulyani hopes that all local governments can use the REGIONAL BUDGET quickly, precisely and accountably to be able to overcome the potential for price increases in the regions.  Sri also said that the central government will provide incentives in the form of funds of Idr 10 billion for local governments that can control inflation.

Of course, there are several activities that can be carried out related to mitigating the impact of regional inflation, especially in rural areas.  For example, by distributing BLT to the poor and extreme poor who have not received social assistance.

In addition, the government can also distribute community revolving funds by BUMDes together with LKD to the poor and extreme poor.

The government, both central, regional and rural, of course, needs to mitigate inflation in a measured manner, this is considered necessary in order to save the economy so that people’s purchasing power is maintained.

Economic Observer of Udayana University: G20 Presidency Has a Positive Impact on the Indonesian Economy