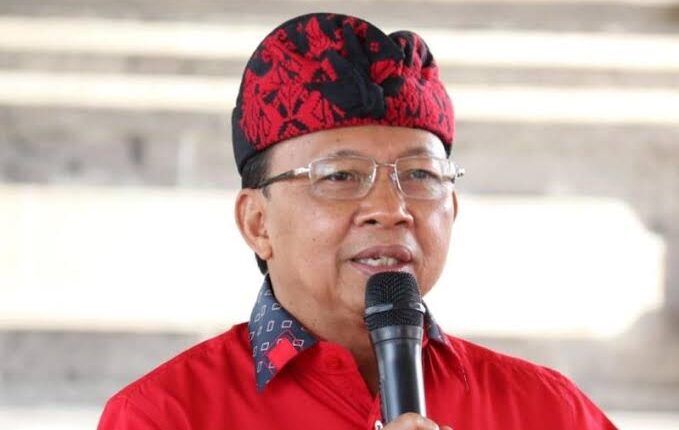 Ahead of preparations for the G20 Summit in Bali on November 15-16, the Provincial Government (Pemprov) of Bali will hold a joint prayer on October 26 at Penisula, ITDC, Nusa Dua, Badung for the smooth and successful G20 Summit event.

Through his press statement, the Governor of Bali, Wayan Koster will invite all Balinese people to join in praying together to support the success of the G20 Summit event in Bali. This joint prayer will be attended by all religions, including Islam, Christianity, Hinduism, Buddhism, and Kong hu chu.

“I really initiated this joint prayer to support the smoothness and success of the G20 event which will be held on October 26, 2022, which will include 1000 Pinandita and will be attended by religious leaders from all religions such as Islam, Christianity, Hinduism, Buddhism and Confucianism. everything,” said the Governor of Bali, Wayan Koster.

Bali Governor Wayan Koster also added that the joint prayer will be centered in Penisula, ITDC and will be held simultaneously in each traditional village on the same day and time.

“It will be carried out simultaneously later in each traditional village will be attended by a minimum of 100 people. Then the event at Penisula will be attended by leaders of all religious communities in Bali, of course, such as Bendesa Agung, MDA, Chair of Parisadha, “said Wayan Koster.

According to Koster, the joint prayer is intended for the smooth and successful G20 Summit event. With the smoothness and success of the G20 Summit, the Governor of Bali hopes that the recovery of tourism will have an impact on the economy of the Balinese people.

“I think this is a joint prayer that we will carry out fully, we will carry out for the smooth and success of the G20 and so that the meeting will not only give a decision on the results and benefits for the countries that are members of the G20, it will also benefit Indonesia and Bali in the context of accelerating tourism recovery. and the economy,” he concluded.

G20 in Indonesia Momentum for Fair Utilization of the Digital Economy