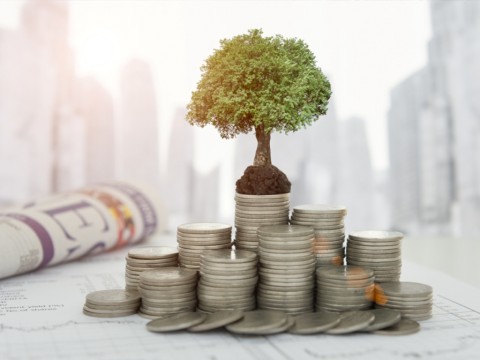 The government has initiated the birth of the Job Creation Act (Ciptaker) in order to cut regulations. The regulation is believed to make it easier for investors to develop capital, so it is hoped that it will increase the attractiveness and business climate in Indonesia.

The Ministry of Finance of the Government continues to be aware of the risks of geopolitical pressure from Russia-Ukraine and the dynamics of US monetary policy which pose challenges to the performance of the national economic recovery. The escalation of geopolitical tensions between Russia and Ukraine also poses its own risks for Indonesia. The impact is not only influential on the political side, but also on the economy.

We need to know that Russia is one of the largest energy suppliers in the world with natural gas supplies reaching 16 percent and oil 11 percent. Meanwhile, Ukraine is Indonesia’s largest wheat supplier. In the short term, the increase in global food and energy prices will trigger inflation.

Economist and Head of the Department of Economics, Center for Strategic and International Studies (CSIS) Yose Rizal Damuri said that geopolitical tensions between Russia and Ukraine could be beneficial for Indonesia, especially in terms of taxation. This is due to windfall profits or sudden gains from rising commodity prices due to the situation.

However, most do get a not too good impact. For example, the transportation sector where energy prices will also certainly increase, as well as the energy sectors themselves. Then also some in the food sector caused by the tighter supply. To deal with these conditions, the government needs strategies and policy steps to reduce the impact of global dynamics.

General Chairperson of the Indonesian Chamber of Commerce and Industry (Kadin), Arsjad Rasjid said that there needed to be a transformation of the economic structure from which so far it was dominated by household consumption, which accounted for 56% of total GDP, to a more productive sector to encourage investment and exports.

Arsjad said, the incoming investment is expected to open up many new job opportunities which will certainly contribute to reducing unemployment and poverty as well as improving people’s welfare. The implementation of the Job Creation Law and the Taxation Law is one of the government’s efforts to increase investment attractiveness and create a better business climate in increasing Indonesia’s competitiveness. Of course, there is a need for a transformation of the economic structure from which so far it has been dominated by household consumption, which is 56 percent of total GDP.

Arsjad explained that gradually it should be shifted to a more productive sector, to encourage investment and exports. The incoming investment is expected to open up many new job opportunities that will contribute to reducing unemployment and poverty as well as improving people’s welfare.

The implementation of the Job Creation Law and the taxation law can of course be used as a concrete effort by the government to increase investment attractiveness and create a better business climate in increasing Indonesia’s competitiveness.

The ratio of Indonesia’s FDI to GDP is rarely above 2% while other countries in the ASEAN region such as Thailand are able to be above 3.5 percent. While Vietnam was able to reach 6 percent. This of course shows that Indonesia’s involvement in the global economy is rather low. This may be due to the policy in Indonesia itself which is less open when compared to other countries in the Asean region.

However, the government’s steps are to loosen the state budget through the national economic recovery program (PEN) in an effort to increase the supply side and demand side. This policy has succeeded in coordinating health resources and social assistance by cooperating with all elements of society throughout the country in dealing with the pandemic.