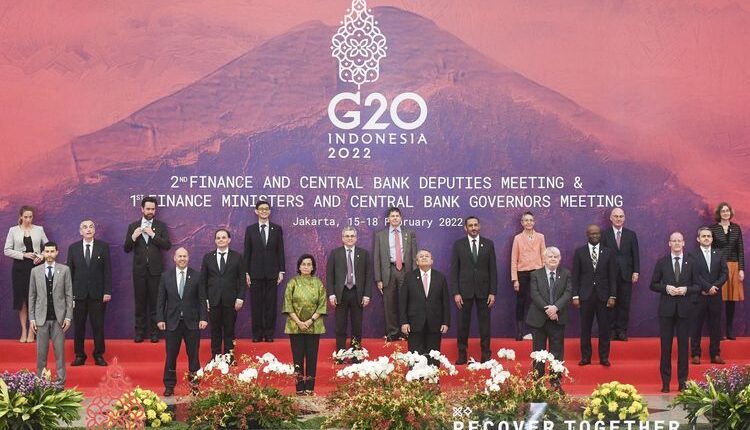 The spirit to continue to realize world unity turned out to be very successfully encouraged by the President of the Republic of Indonesia Joko Widodo in the Forum of the Group of Twenty (G20) Summit. This by many observers is considered to be something that is mandatory and even key if countries want to quickly rise from the slump after  the Covid-19 pandemic.

In this era of uncertainty, it is no longer the time for countries to attach too much importance to their own interests and seem to act very arrogantly, but now is the time for all countries to unite and work hand in hand for the common good.

Not a few of the active roles through foreign policy steps that have been carried out by President Jokowi have indeed had a very positive impact. The proof is that communication relationships have been successfully established with other world leaders elegantly. Regarding this matter, Professor of International Law from the University of Indonesia (UI) Hikmahanto Juwana admitted that the actions taken by the President were appropriate.

Because state visits to friendly countries such as China, Japan and South Korea some time ago proved successful in directly strengthening the national economy. Not just a formality step, but Hikmahanto considered that the approach taken by President Jokowi was very unique because it provided a personal touch.

In fact, not only the three countries in East Asia, but the Seventh President of the Republic of Indonesia also continues to take a personal touch approach to the leaders of other countries that are members of the G20 so as not to discriminate attitudes. The great thing is, not only in a country that is currently stable, but President Jokowi also directly visited a country that is in conflict.

Indeed, President Jokowi’s risky visit to Russia and Ukraine was highlighted a lot because he was willing to risk his safety in order to be able to sue so that the two countries that were in conflict could immediately stop the conflict, because the impact felt was widespread and even had to be borne by a country that had absolutely nothing to do with it.

The evidence is that a number of sanctions and regulations finally made Russia and Ukraine have stopped their wheat export activities, even though it is known that both of them are among the largest wheat producing countries, so the global food supply has become very shaken and its prices have skyrocketed, causing a  threat of inflation that is haunted.

Not only for peace missions, but President Jokowi’s visit by meeting President Putin and President Zelensky in person is also a form of mission from the G20 agenda which will be held in November 2022. The reason is that there are several countries that threaten to do a walkout if it turns out that Russia is still datang in the summit.

Of course, as a presidency country, Indonesia cannot remain silent knowing this. Therefore, this nation will continue to strive for how to create inclusiveness between countries, especially those members of the G20 themselves because if this tension continues to be allowed, then the world will continue to heat up and not immediately create stability.

Meanwhile, the Chairman (Ketum) of the General Board of the Dhikr Hubbul Wathon Assembly (PB-MDHW), KH. M. Musthofa Aqil Siroj also expressed his appreciation for President Jokowi’s move. According to him, he was very courageous to visit a country in conflict in order to bring a mission of peace and was a very initiative step and should be proud of.

International Relations Observer, Anton Aliabbas stated that the direct intervention efforts carried out by President Jokowi were also a way to be able to leave a legacy and make a history of the Indonesian presidency so far, that it turned out that there was indeed a President of the country who played an active role in reconciling a conflict between countries.

Anton also assessed that since the second term of President Jokowi’s cabinet, it is very noticeable that he has begun to focus on continuing to increase foreign policy implementation activities, especially in multilateral forums. The impartiality or complete impartiality of anyone shown in responding to the conflict is actuallyneeded by each country, especially if they offer themselves as potential mediators.

Furthermore, another big agenda that will continue to be pursued is how to take steps to bring and guard inclusiveness between these countries in a more tangible form, such as in economic cooperation. This is again very successfully carried out by Indonesia in The Business 20 (B20) forum.

The recommendation given by Indonesia in the B20-G20 forum is so that there is seriousness from each country to be able to overcome all infrastructure and funding gaps that occur, especially in developing countries. In addition, Chair Ridha Wirakusumah, once the Finance & Infrastructure (F&I) task force added that a sustainable economic recovery is also important.

Indonesia’ssuccess in continuing to encourage inclusiveness between countries through the G20 Summit is unquestionable. This is the main key for the entire country to immediately bounce back in various sectors after being shaken by the Covid-19 pandemic.