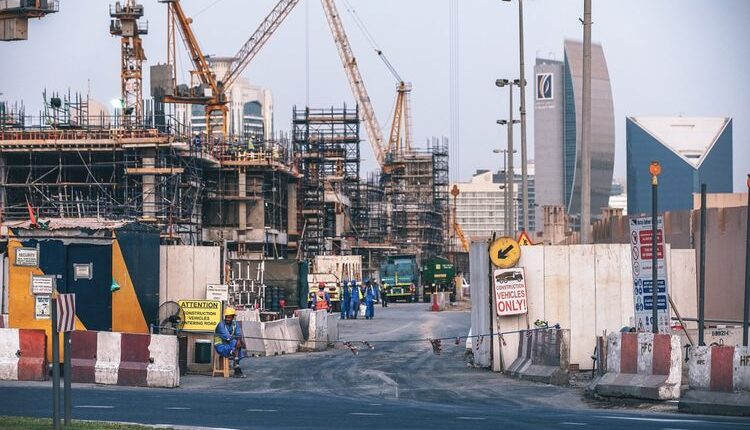 Investment in Indonesia continues to be developed because it is one way to overcome the negative impact of the pandemic. One of the areas of interest in investment is infrastructure. Infrastructure development is very massive because it has bright prospects, and it is very profitable.

The government always promotes investment in Indonesia, because investment will generate foreign exchange for the country. Foreign exchange is needed to nourish Indonesia’s financial condition and to rise from the effects of the pandemic. The investment highlighted is infrastructure, as it proves to be profitable and has bright prospects.

The government is preparing a fund of 493 billion rupiah for infrastructure investment until 2024. Funds of this size are not purely government money, but cooperate with the private sector (investors). The investors are also not only local entrepreneurs, but also entrepreneurs from abroad.

Investors are interested in investing in Indonesia because first, there is a direct guarantee from President Jokowi regarding the sustainability and security of investment. Second, there is the Job Creation Law as a legal umbrella that protects foreign investors. While the third, there are security guarantees in terms of economy, politics, and socio-economy.

When foreign investors want to invest in infrastructure, they believe in Indonesia because the prospects are very bright. Indonesia has more than 200 million inhabitants, and they definitely pass through infrastructure in the form of toll roads, bridges, etc. The investment returns will be profitable because they are passed by many people who pay tickets / e-tolls.

In addition, Indonesia is considered relatively safe as a place for infrastructure investment, because there are no rebel groups and the threat of defection. In addition, its economic condition is also stable and not threatened by a recession, which is predicted to come in 2023. Indonesia’s economy is relatively stable and starts to rise again, even surpassing the pre-pandemic period.

Infrastructure investment continues to be increased because it has a positive effect on economic growth. For example, when a remote area has new infrastructure in the form of bridges and highways, the mobility of the people will be faster. They can pass faster and the road is good (not bumpy or potholes). His business will develop well because the delivery of goods is smooth, and it has a positive effect on the economy.

Then, the existence of infrastructure that is evenly distributed in all regions in Indonesia, also has a positive effect on the people’s economy. Good infrastructure is a requirement for investors, when they will invest in Indonesia. With the influx of foreign investors it is very good, because they open up industries in the regions and automatically reduce the number of unemployed. The people will be happy because they have a job and a monthly salary.

The infrastructure investment offered is toll roads and there are already many toll roads that are cooperation between the government and foreign investors. This toll road is not only on the island of Java, but also in other areas of Indonesia. It is sought that roads will be built to remote areas, in order to get equitable promotion.

Foreign investors will be interested in investing in toll road projects, as they are promised a profit of 9%. This advantage is quite a lot and is guaranteed to continue to be in demand. For example, on large toll roads in Java, those who enter there can be hundreds, even thousands of people per day. They will pay if they go through the toll road and then investors will get the benefits, because there are so many people who enter the toll.

Infrastructure investment on toll roads has proven to have bright prospects and attract foreign investors. They will trust the Indonesian government, because the management of investment through the Investment Management Agency, which can be trusted and cannot be interfered with by other affairs. For example, political affairs, law, security, etc. The more investors, the better because there are also more freeways in Indonesia.

The government also continues to promote investment in infrastructure to many countries in the world. Among them are the G20 and W20 summit meetings, and the delegates of the G20 member countries will see for themselves the strength of infrastructure in Indonesia. They are satisfied, then invest in Indonesia, in the form of cooperation in the construction and management of toll road infrastructure.

Investment in infrastructure is urgently needed, because the people urgently need representative roads and bridges. In addition, foreign investors believe in the credibility of Indonesia, which is stable in its economy and economy. Investment in infrastructure offers a profit of 9% and is in great demand, because the toll road is always crowded with cars owned by the Indonesian people.