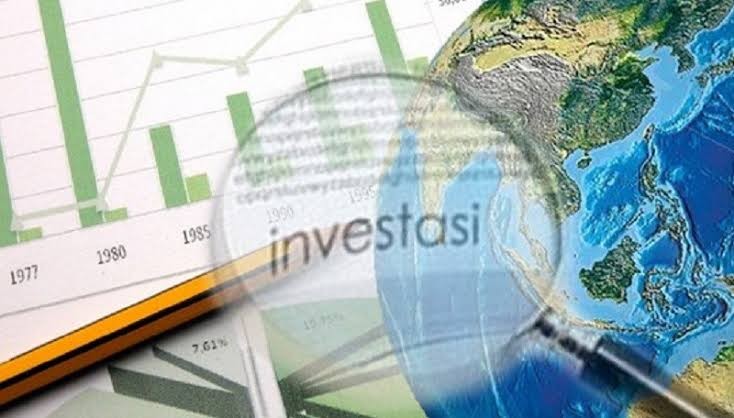 The government continues to improve the investment climate, both through stimulus and regulatory arrangements. With this policy, investment in Indonesia will increase and the economic recovery can continue.

The world economy is experiencing uncertainty, geopolitical conflicts and instability in oil prices affect many sectors. However, the Indonesian economy still recorded positive growth, and even the country’s economic indicators are still on the right track, this can be seen from the realization of investment in semester I-2022 which grew 32% yoy.

Data from the Ministry of Investment / Investment Coordinating Board (BKPM) shows that the realization of investment during the January to June 2022 period was recorded at Rp 584.6 trillion. This realization rose to 32% compared to the same period in 2021.

The data shows that Indonesia has managed to collect around 51% of the total investment target this year, which is IDR 1,200 trillion. The achievement of such a smooth performance is certainly something to be grateful for.

The Minister of Investment/Head of BKPM Bahlil Lahadalia said that this achievement was a sign that investment would recover after it had slowed down due to the impact of the Covid-19 pandemic that had hit since 2 years ago.

During the pandemic, not a few business actors made adjustments, either in the form of delays or temporary cessation of production.

At the same time, the government has made various efforts to be able to provide assistance to business actors in order to survive and the results can be felt today. The increase in the investment realization rate in the second quarter of 2022 by 7.0 percent is in line with the national economic growth which is predicted by a number of economic observers to be more than 5 percent, exceeding the first quarter of 2022.

In fact, the distribution of investment realization outside Java in this quarter was again superior to Java with a contribution of Rp 157.1 or 52.0% of total investment, an increase of 38.0% from the same period in 2021.

Investments outside Java received a large contribution from Central Sulawesi Province, which was ranked third and Riau, ranked fifth. Apart from these two regions, the top five positions were occupied by the Provinces of West Java, DKI Jakarta and East Java, which still contributed greatly to investment realization this quarter.

In relation to the realization of investment realization, Airlangga Hartarto as the Coordinating Minister for Economic Affairs appreciated the increase in investment in Special Economic Zones (SEZs).

Data from the Coordinating Ministry for the Economy shows that the cumulative increase in investment in SEZs amounted to Rp 84.5 trillion with a workforce absorption of 32,850 people during the second quarter of 2022.

Airlangga assessed that the progress of investment realization in the SEZ cannot be separated from the improvement efforts made by the government through a number of supporting regulations. The regulation is for example through the Job Creation Law which covers the expansion of business activities, namely health and education services, providing incentives and facilities, institutional arrangement, electronic system for business licensing and supporting activities (OSS), as well as electronic system for tax and customs services.

Airlangga also said that the impact of these improvements can be seen from the rapid progress of the four SEZs set in 2021, after the issuance of the Job Creation Law.

The SEZs in question include the Nongsa SEZ and Batam Aero Technic SEZ in Batam, Riau Islands Province, Lido SEZ in West Java Province and Gresik SEZ in East Java. The four SEZs within one year have realized an investment of IDR 29.1 trillion and new jobs of 9,746 people.

In the future, investment potential in SEZs can be further increased so that new job opportunities can be further expanded so as to increase the multiplier effect that is beneficial to local communities.

Therefore, a number of facilities continue to be encouraged in a number of SEZs, such as the use of fiscal facilities, especially tax holiday or tax allowance facilities, exemption from import duties for capital goods in SEZs, as well as free VAT facilities for a number of goods and services transactions in SEZs.

On the other hand, Indonesian President Joko Widodo (Jokowi) also does not remain silent. Jokowi also encouraged foreign investors to enter Indonesia, including when he visited East Asian countries such as China, South Korea and Japan at the end of last July.

The results of Jokowi’s visit to these countries are apparently not in vain, where Indonesia can get an investment commitment of USD 6.72 billion from South Korea, the value is equivalent to more than Rp. 100 trillion.

In addition, China is also committed to increasing CPO imports from Indonesia. The Bamboo Curtain country also plans to