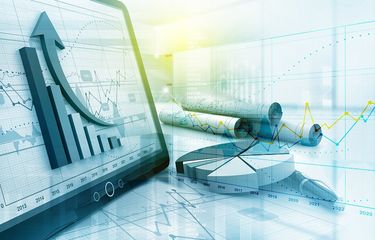 The Job Creation Act is a hyper-regulatory solution and is able to attract quality investment. The reason is that these regulations can encourage system improvements, eliminate sectoral egos between agencies, and create a better business climate.

Indonesia has many laws but the most popular this year is the Job Creation Law. The reason is because in this law there are many regulatory changes, one of which is in the investment sector. This field is in the spotlight because the Act mentions many conveniences. Among them are the ease of licensing investment, short registration period, and can be done online.

As good citizens, we are obliged to support the Job Creation Law, because the government makes it in great detail, for the welfare of the people. Changes, especially in the investment sector, are needed. The goal is that Indonesia can rise up even though it is still a pandemic.

In a sense, the Job Creation Law will attract many investors because they are given certainty in doing business in Indonesia. If there is a law as a legal umbrella then they will enter this country with optimism, because they are not afraid of a long and very tiring bureaucracy. Moreover, licensing arrangements are also only short and can be done online, so it saves time and costs.

According to research from a survey agency, Indonesia ranks 4th out of countries around the world, as a favorite place to invest, for countries in Europe and America. This is very proud because our country is considered the right place to invest for foreign entrepreneurs.

Investments from Europe and America are certainly of high quality because they don’t play around in investing, it can reach billions of rupiah. Mutually beneficial cooperation will occur so that the country’s economy rises after being hit by the pandemic storm and investors also get quite a large profit.

When there is quality investment coming in, the project will be even bigger so it can attract more workers to get into it. That way, the government will be helped because it will reduce the unemployment rate in Indonesia, and indeed since the beginning of the pandemic the number of people who have been unilaterally laid off by factories has been increasing. If there is an investment project then they can work there, for a bite of rice.

In addition, Indonesia also has a very good market because of its population of more than 200 million people. So that the goods produced in the factory as a result of the investment can be sold domestically and get a lot of profit, because buyers are selling well.

Therefore, the Job Creation Law should not be abolished because the investment cluster is the spearhead to rise up during the pandemic. With foreign investment, we can improve, so that the country’s financial condition recovers slowly.

The Job Creation Act is a bold step made by the Government to facilitate investment. With these various facilities, new job opportunities will be opened and human resources will be maximally absorbed.