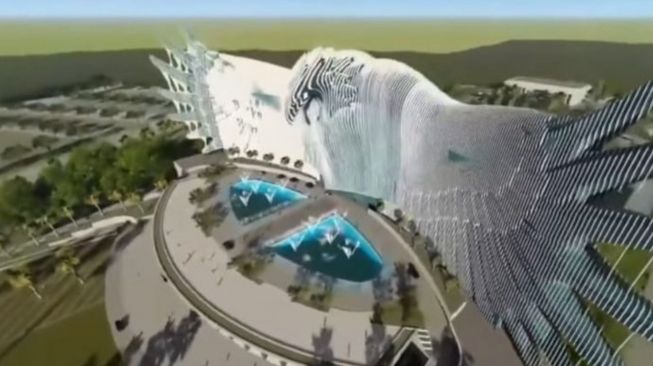 Moving the National Capital is Beneficial for Indonesia’s Progress

The government and the House of Representatives have agreed to move the State Capital (IKN) from Jakarta to East Kalimantan. This policy is considered appropriate because it is beneficial for Indonesia’s progress, especially in terms of equitable development.

In 2019, President Jokowi confirmed the transfer of the National Capital from Jakarta to North Penajam Paser and Kutai Kartanegara in East Kalimantan. The plan in 2020 and 2021 is almost never discussed in the media and discussion forums due to busyness in efforts to overcome Covid-19.

However, in early 2022 the plan resurfaced since the Indonesian House of Representatives officially approved the Draft Law on the New State Capital to become a law. The new capital city of Indonesia, which is located in East Kalimantan, is named Nusantara, so moving the new capital city is not just a dream.

This plan certainly reaps pros and cons in the community, especially the opposition groups who have to carry out their duties in criticizing every government policy. However, of course the government has carefully considered the transfer plan. It is believed that the relocation of the capital city will bring a number of advantages for the progress of Indonesia.

Minister of National Development Planning (PPN)/Bappenas, Bambang Brodjonegoro said, in the short term, moving the country’s capital city to Kalimantan will have an economic impact through investment channels. This is because investment in infrastructure development in the capital city will contribute to growth in the region.

In the short term, the investment that will be felt the most is in the real sector, which is estimated to increase by 47.7 percent, while in Kalimantan it is 34.5 percent.

One area that has the potential to increase is South Sulawesi. Where the area has the cement production needed in the construction of the capital city.

“However, DKI Jakarta will still be the third main supplier to East Kalimantan Province, after South Sulawesi and West Java,” he said.

He revealed that more than 50 percent of Indonesia’s territory would experience an increase in trade if the capital was moved to an area that has good connectivity with other provinces. The relocation of the national capital will increase investment in the new capital and surrounding provinces.

In addition, moving the capital city to East Kalimantan will increase production from a number of non-traditional sectors such as the service sector, including the government, communications, hotel, trade, finance and education sectors.

“Trade between regions of Indonesia will increase and encourage trade between provinces outside Java,” he said.

Slamet said Jakarta could later become a city of business and trade, while East Kalimantan could become a center of economic growth as well as equity. Moving the capital city is considered very good, because so far the economic center and modern facilities are mostly located in Jakarta, while other areas such as outside Java have become less developed.

The separation of the trade and industrial city from the capital city will also have a positive impact and has been carried out by several developed countries, including the Australian capital, Canerra, which was designed as the nation’s capital, not as a city of commerce or industry.

Since the beginning of the move of the Australian Capital City from Melbourne to Canberra, it has been designed as a center for government administration with the aim that it will be easier for residents who need administrative services and do not need to be stuck in traffic jams.

Economist Hisar Sirait assesses that in the long term, moving the capital city of Indonesia is the best answer for developing this country, where economic inequality can be reduced if the government succeeds in growing new economic centers throughout Indonesia.

According to him, moving the capital city out of Java is an effort to anticipate how the economy will change.

In addition, if all economic and business centers are located in Jakarta, it will not be able to have a chain impact on other provinces in the long term. Thus, there will always be development gaps between Java and Outside Java.

It is time for Kalimantan as one of the largest islands in Indonesia to receive the benefits and economic will through relocating the nation’s capital city.

There are still many rows of moving advantages

The National Capital of “Nusatntara”Getting Plenty Of Support, the Dayak Indigenous Peoples of Kalimantan Hold a Grand Declaration