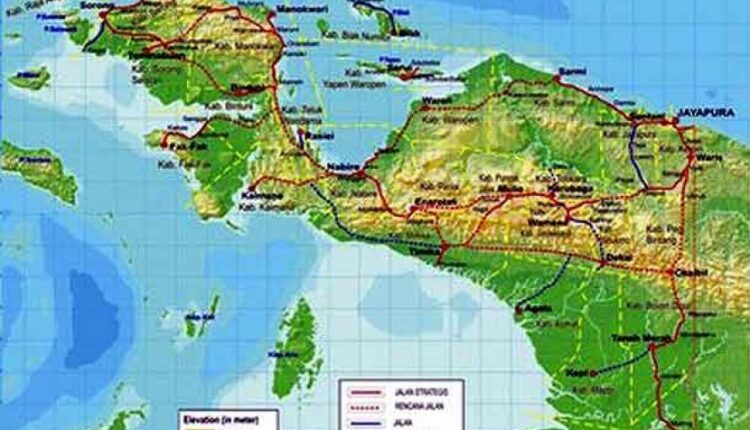 New Autonomous Region is a Solution to Accelerate Papua’s Welfare

The addition of new autonomous regions (DOB) will be a solution to accelerate the welfare of Papua. When there is a new province, new infrastructure will also be built, so that people’s lives will be better.

Papua is an area that has great potential because it is blessed with natural beauty and sufficient mining products. However, in terms of welfare, the people are not like in other areas. The reason is that the centralization that existed in the New Order era and decentralization only existed during the Reformation Order. To make progress and prosperity equal, a new autonomous region will be added in Papua.

Mathius Awoitauw, Regent of Jayapura, stated that the addition of new autonomous regions would accelerate prosperity in Papua and West Papua. The new autonomous region will solve problems in Papua and bring public services closer together, as well as overcome geographical problems. No matter how much special autonomy (Otsus) funds are given, it will not be enough if there are geographical barriers.

The geographical condition of Papua is very different from that of Java or Sumatra. Papua is more unique because there is a combination of plains, hills, forests, and mountains. Therefore, it is necessary to develop infrastructure, especially roads and airports. The goal is to facilitate the mobility of people on Earth of Cendrawasih.

The use of APBD funds for infrastructure development will have a positive domino effect in the form of welfare. The reason is because people are getting faster to move with the roads and bridges that were built thanks to the APBD funds. Life will be more dynamic, especially in the trade sector.

Meanwhile, if the infrastructure is good, it will save on shipping costs because it also saves on gasoline costs. Moreover, currently there is a fuel price policy of 1 so that the price is attempted to be the same as in Java. People will be more prosperous because the cost of sending goods can be reduced and automatically the prices of goods can also be lowered.

Mathius continued, the addition of a new autonomous region is a struggle of the indigenous Papuans, in fact it has been carried out since 20 years ago. Therefore, he is happy when the Law on the division of the province in Papua will soon be enacted.

In a sense, it is very wrong if there are people who accuse that the division of the province is only a proposal from the center. In fact, the indigenous Papuans themselves want it. They want a new autonomous region to be more advanced and prosperous.

Harun Wanimbo, a figure in the Tolikara Mountains stated that the addition of a new autonomous region is for the sake of the future of Papua. Therefore, all parties must support regional expansion. The central government has given a lot of trust to indigenous Papuans, so they must be grateful.

Since the Otsus policy was introduced, it has been regulated that all governors, vice governors, mayors, regents and their representatives must be Papuan. Later, if there are additional 3 new provinces, the governor and his deputy will also be Papuans. They are expected to be more prosperous for the Papuan people because they understand the culture, geography, and intricacies of society.

The addition of 3 new provinces in Papua will accelerate the welfare of the people because various infrastructures will be built, especially those that support the mobility of citizens. Therefore, broad public support for this policy is needed so that progress in Papua can be realized immediately.