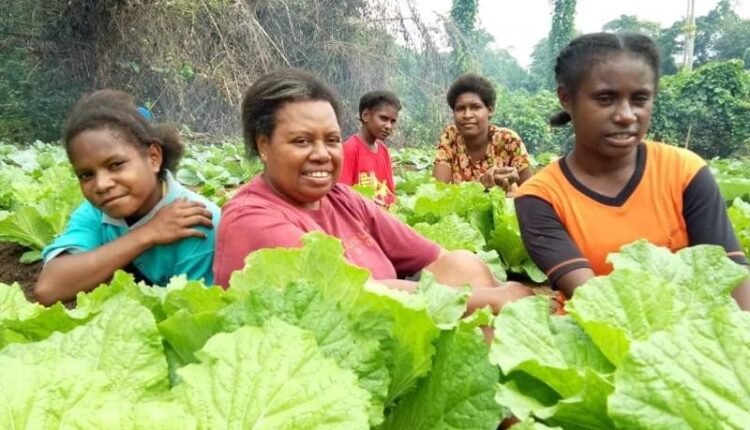 Bank Indonesia (BI) stated that Papua recorded positive economic growth. This shows that the development strategy in Bumi Cendrawasih is appropriate and beneficial for the community.

Papua is a region rich in natural resources. Its diversity also has an appeal to be able to bring in foreign exchange for the country. Although it does not deny that there will be a prolonged conflict. However, this region is confident that it will continue to develop for a bright future.

Naek Tigor Sinaga as the Head of BI for the Papua regional representative, also explained that this record increased by around 13 percent compared to last year (2020). Where previously the circulation of money reached Rp. 11.9 trillion. This report is considered as a breath of fresh air, because as we know the economy of the community had collapsed due to the pandemic.

Reportedly, the money was distributed through seven cash deposit offices, which were spread out in Timika, Merauke, Serui, Nabire, Sorong, Wamena, and Biak. The cash deposit is suspected to be to facilitate the distribution of money to the banks operating there.

This condition is further strengthened by regional financial conditions. Where stability is supported by financial performance in the corporate and household sectors. More precisely, it is in the first quarter of 2021, which is very well maintained and safe even though there is still an increase in risk.

On the other hand, the role of the household sector as the main provider of funds based on the banking system is considered to be declining, in line with slowing growth in individual deposits. Including, the portion of bank credit located in Papua in general also experienced a slowdown. Mainly in the distribution of credit to corporations.

The employment and welfare sectors also contributed to conditions that tended to improve. The Poverty Depth Index or P1 also increased to 6.90 last September. This figure is considered an increase compared to the initial record around March 6.16 only.

For the agricultural sector, the Papuan Exchange Rate (NTP) in the fourth quarter of 2020 managed to deposit an increase in the index to 102.78. This figure shot up to 10.95 percent compared to 2019. The report also indicates an increase in welfare, especially for farmers in the Papua region.

The biggest contribution that can boost the Papuan economy is in the mining and quarrying sector. This is also in line with the increase in underground mining productivity. However, the non-mining sector recorded a contraction of -3.76 percent (yoy) in the first quarter of 2021.

In terms of expenditure, household consumption declined to minus 4.72 percent (yoy). This decline was mainly in the non-mining sector, which was caused by the COVID-19 outbreak. As we all know, this epidemic has had a very large negative impact on economic activity in Papua.

On the other hand, Papua’s inflation as a whole in 2021 is reported to be higher than in 2020. Although it remains within the national inflation target range. Economic recovery in the non-mining sector is predicted to increase people’s purchasing power in general. Then, improving the supply of food distribution patterns will be able to maintain a stable inflation rate.

Growth also occurred in the realization of the APBD, both in terms of income and expenditure components. Revenue posts are suspected to have increased by 10.79 percent (yoy). This is in line with the increase in revenue-sharing funds to grant income which is able to contribute to growth in APBD revenues.

For APBD expenditure posts also grew by 18.00 percent (yoy). Slowing down from the record for the same quarter last year which had grown to 59.05 percent (yoy).

From these data, it is sufficient if Papua is able to develop well. Although it is undeniable that there have also been blows for the sake of the economy. At least, the COVID-19 pandemic had brought the economy to a halt for some time. However, the fact is that the synergy between Papua and the government is able to overcome this problem well.

Moreover, the current condition of Papua has also recorded good growth in various sectors. It remains only to boost other sectors that still need attention. However, Papua itself is optimistic that it will be able to increase the economic pace of their region to achieve a bright future.