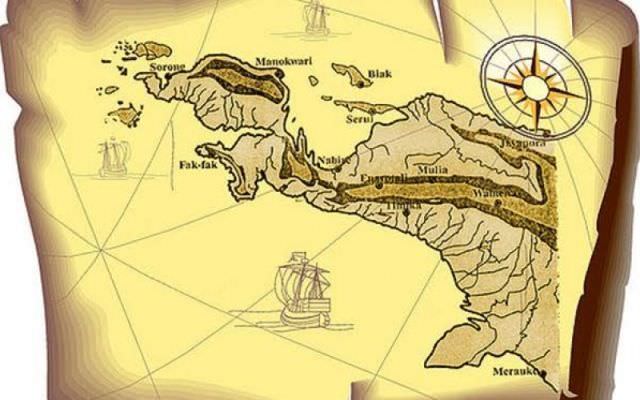 Every potential _ _ _ areas in Papua continue experience enough development _ significant . it _ Becomes proof that of course continuing development _ intensified by the Government in the era of leadership President Jokowi really appropriate target and precise use .

Indonesia so far this of course known as a country that has riches source power nature is very abundant , p neither is it can released from Papua with their abundance of natural resources . However , wealth _ the not yet capable truly utilized optimally and maximally , before finally in the era of leadership The President of the Republic of Indonesia, Joko Widodo, who continues make an effort for do even distribution development in Indonesia and make Earth Bird of Paradise as priority the construction .

because _ that is , policy development in Papua which is proof concrete from commitment strong President Jokowi through determination Instructions The President ( Inpres ) is one of them focus main The Government of Indonesia in a number of my time last , because of course has occur such a gap big .

Papua development program is not only related with Trans Papua alone , however covers many very other things in between is provision electricity and construction various type infrastructure other . Aim exists various Policy project the ie for can open isolation lasting economy _ this happened in Papua Earth so all Papuan people can feel distant life _ more ok . Besides it , Government of course keep going make an effort for realize exists even distribution development with aim end for push growth economy national in a manner whole .

One that happened _ is in South Papua which continues driven by the Government for become a food store _ so capable support resilience food nationally , especially in eastern Indonesia . it _ actually is the potential possessed by South Papua, however During this still not yet capable optimized .

Vice President of the Republic of Indonesia, Ma’ruf Amin conveyed that all party of course must keep going focus for make South Papua a food barn national , fine that through center paddy , center fishery until center farm . According to him , exploration of South Papua itself as an area with great potential support food storage must keep going notice how view from all Public local .

So from it is , it is involvement of indigenous Papuans (OAP) to be the most understandable elements about land in the area they itself , becomes very important in the whole development process the . vice president emphasize that there is formula integrated approach _ with all party even since upstream until to downstream and also ensure exists involvement Public native Papuans in it .

On occasion the Vice President Ma’ruf Amin himself invite to all party for can in a manner together keep going speed up development well-being Papuan people . Temporary that , Merauke Regent , Romanus Mbaraka convey that of course potency ingredient the food that is owned by South Papua is very abundant , such as in agriculture , fisheries , plantations , animal husbandry until horticulture .

Even from results agriculture in the region he thought capable enjoyed by other areas because of course production owned rice and also production the meat really abundant . Abundance whole potency the finally capable truly fulfilled and developed in a manner far more optimal thanks effort development from Government .

On occasion on the other hand , the National Development Planning Agency ( Bappenas ) put forward that Papuan coffee is capable of be one _ commodity that can Upgrade economy whole Public Earth Bird of Paradise so that need get Support from Government . Deputy Field Bappenas Regional Development , Himawan Harioga state that a number of area in Papua indeed have potency coffee development .

So far this consolidation already carried out by the Government with many party related four province in Papua, namely Southwest Papua, Highlands Papua , Central Papua and South Papua. Consolidation the even done together with owner right customary so that of course whole development carried out by the Government already done with appropriate target and touch need society .

Observer Papuan Politics and Cenderawasih University , Diego Romario de Fretes even confirm that development the provinces in the Papua New Guinea are the same very no damage ecosystem forest . Even enthusiasm the people involved active and active live in support exists acceleration development in Papua is increasing day the graph the more increase .

Presence and existence of the Papua Steering Committee (BPP), where appropriate with Article 68 A (UU No 2/2021) and PP No 106/2021 according to Observer Papua problems , Frans Maniagas  has do duties and functions , namely do coordination in a manner integrated , synchronization , harmonization , evaluation until reporting good conceptualization and practice in ministries and agencies (K/L) and the Government Province , Regency /City for keep going ensure every stages of acceleration programs and development funds including the special autonomy fund Becomes appropriate target and precise use .

Of course no can denied again that development of Papua during this is already intensified by the Government since the era of leadership President Joko Widodo is very appropriate target . Proof of accuracy target the is happening development potential on each areas in Papua so they all truly capable process whole riches source power nature with far more optimal.