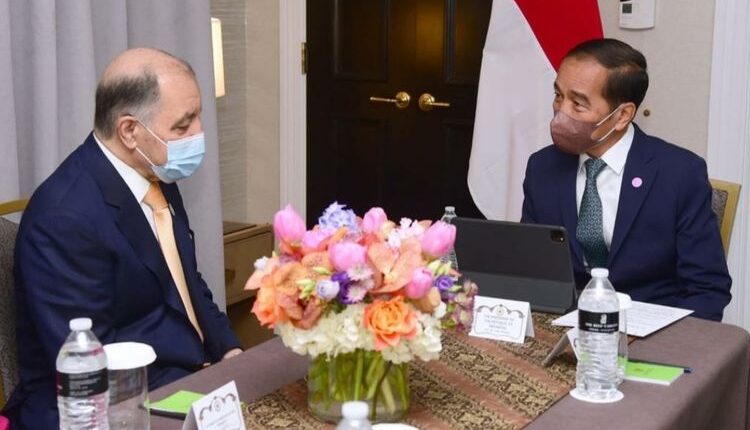 President Jokowi’s working visits abroad to the United States and the United Arab Emirates are believed to increase investment potential. With the addition of foreign investors, the economic recovery due to the impact of the Covid-19 pandemic can begin immediately.

Good news came from the agenda of President Joko Widodo’s working visit to the United States (US) which resulted in an additional investment of 3 billion US Dollars, the amount is equivalent to Rp. 43.78 trillion.
Investment Minister Bahlil Lahadahlia said, in a meeting between President Jokowi and CEO of Air Products & Chemicals Seifi Ghasemi, the company has committed to invest an additional 3 billion US dollars.

The additional investment will be used to build hydrogen in Indonesia. This value is, of course, beyond the total investment plan that has previously been committed by Air Products & Chemical, amounting to 15 billion US dollars.

Bahlil said that the Chairman of Air Products was very focused on asking President Jokowi to be able to manage state-owned dams to build hydrogen. According to Bahlil, this is in line with Indonesia’s focus on promoting the theme of the G20, namely encouraging carbon emissions and new and renewable energy. This is because hydrogen is one of Indonesia’s great potentials, but it has not been able to be managed on its own.

So according to him, the investment that comes from Air Products can optimize the potential of new and renewable energy owned by Indonesia, considering that Air Products is a large company with extraordinary technological capabilities.

Bahlil mentioned about the DME project, methanol in Balongan and also wanting to build methanol in Cepu, the rest his party will make hydrogen which will be built in Indonesia by utilizing state-owned dams.

Bahlil also said that from the results of the discussion between the President and the CEO of Air Products, there was also a plan to develop an industry from upstream to downstream in the petrochemical sector. Now the task of the Indonesian government is to immediately carry out the execution. Because the money is already there, the project is already there. The meeting between President Jokowi and Seifi showed that investment in Indonesia is not only controlled by a certain country but has been evenly distributed.

From the results of the president’s meeting with the CEO of Air Products, Bahlil said that Air Products did not rule out managing state-owned dams that would be used to build hydrogen in Indonesia.

Indonesia must also show the world that this country does not complicate the investment process. In addition to making it easier for potential investors to understand potential sectors to invest in Indonesia, the preparation of a strategic project map of investment opportunities will also have a positive impact on Indonesia’s economic growth. The more investors invest in Indonesia, Indonesia can create more jobs, develop the regional economy and increase the country’s foreign exchange.

Meanwhile, the Coordinating Minister for Maritime Affairs and Investment (Menko Marves) Luhut Binsar Pandjaitan emphasized that until now Indonesia has not had problems with investment. In fact, he said that there were many investors who expressed their interest in investing in Indonesia. Luhut also explained that currently Indonesia’s macroeconomic stabilization is also increasingly maintained, where the inflation rate is low at 1.75% in November 2021.

The investment climate in Indonesia certainly needs improvement. There is great interest in foreign investment to enter Indonesia, but these companies sometimes hesitate if there are regulations that are considered less conducive. For example, related to labor and the availability of raw materials. This certainly needs to be a concern for the government if it wants to make Indonesia an investment destination.

Director of Upstream Oil and Gas Business Development of the Ministry of Energy and Mineral Resources Mustafid Gunawan said the main challenge faced by the oil and gas industry was attracting investor interest. Then, another challenge is to increase the exploration effort. His party has opened an eagle oil and gas working area (WK) with better terms and conditions, such as the application of a 100% DMO price during the contract. He also hopes that the ease of data access can increase investors to invest in Indonesia.

President Joko Widodo’s working visit to the United States of course should be used as a momentum for Indonesia’s economic revival, so it is not impossible that Indonesia will become one of the developed countries in Asia and the world.