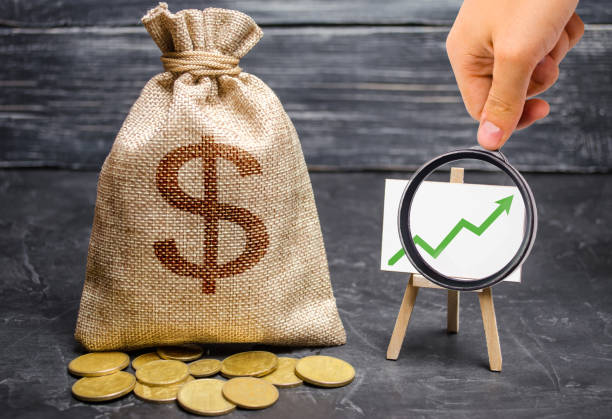 RI’s investment targets that have been designed will be more easily achieved, all of which are a form of the implementation of the Job Creation Law which has been inaugurated by the Government so as to facilitate all climates in the business world, including the ease of making investments.

After the handling and control of the Covid-19 pandemic was successfully carried out by the Indonesian government, with evidence that the case curve has continued to decline to date, the government has recently focused on accelerating the acceleration of post-pandemic national economic recovery. All efforts are also being made, including one of them is to continue to pursue investment targets.

Related to this, the Ministry of Investment / Investment Coordinating Board (BKPM) believes that the investment target in 2022 of IDR 1,200 trillion can be achieved. One of the breakthroughs that is believed to have a positive impact on investment realization is the implementation of the Job Creation Act.

The Director of Promotion for the Southeast Asia, New Zealand and Pacific Region of the Ministry of Investment / BKPM, Saribua Siahaan in a seminar said that his party continues to be optimistic that all investment targets owned by the government will definitely be achieved.

The reason is, the government itself has various kinds of regulations so that the investment target is actually achieved, one of which is by making a breakthrough in the form of ratifying the Job Creation Act. How not, in the ratification of the regulation on the Job Creation Law, there are indeed concrete efforts from the government to continue to improve the ease of doing business in the business world.

Saribua added that in the Ciptaker Law there are also all facilities for investing that have been guaranteed by the government in a clean and clear manner, especially regarding land issues which have been a scourge in the national investment world. So far, it has been widely known that investment activities continue to be hampered due to problems regarding land provision. Therefore, the government immediately tried to overcome it.

Furthermore, Saribua also stated that with the ratification of the Job Creation Law, anyone who wants to invest in the country only needs to bring capital and technology, because all permits have been handled and made easier so that there is absolutely no reason for the difficulty of the business world in Indonesia.

Then, the third point, through the Employment Creation Law, the government streamlines the administration so that efforts to take care of business licenses are not long-winded. In this regulation, the government improves the integrated licensing system through the Online Single Submission (OSS) so that licensing becomes faster, easier, and transparent. According to him, with the online-based licensing, it is a form of certainty for all investors that the investment climate in Indonesia itself is indeed in a conducive condition.

The Investment Coordinating Board (BKPM) believes the ratification of Law no. 11 of 2020 concerning Job Creation (Ciptaker Law) will increase labor absorption by encouraging investment and providing enormous space for strengthening Micro, Small and Medium Enterprises (MSMEs). The Job Creation Law, which consists of 186 articles, was ratified and signed by President Joko Widodo on November 2, 2020. The Job Creation Act, which summarizes 77 laws, is divided into 11 clusters, including ease of doing business and improving the investment ecosystem and business activities.

Through Law no. 11 of 2020 concerning Job Creation, the government is here to encourage investment through ease of business licensing for investors. So far, the problem of overlapping business licensing between the Central and Regional authorities and Ministries/Institutions (K/L) has made the licensing process difficult for investors. Not only does it take a long time, but potential investors also have to go through a protracted process.

Not only does it benefit the national investment climate, but according to the Head of BKPM, Bahlil Lahadalia, it turns out that the ratification of the Job Creation Law also has a very positive effect on the growth of the number of workers in Indonesia, because automatically job opportunities will open up wider for the community after many investors invest. capital in the country.

This is a concrete solution to the recent economic problems, especially since the Covid-19 pandemic has slowed down so that there have been many layoffs (PHKs) in several companies which then caused the unemployment rate to soar. Coupled with the world’s geopolitical conditions, such as the conflict between Russia and Ukraine, which has caused the world’s economy itself to continue to be on the edge until several countries have experienced inflation and even recession.

Of course, responding to this, the Government of Indonesia will not remain silent. The government will continue to work on how to