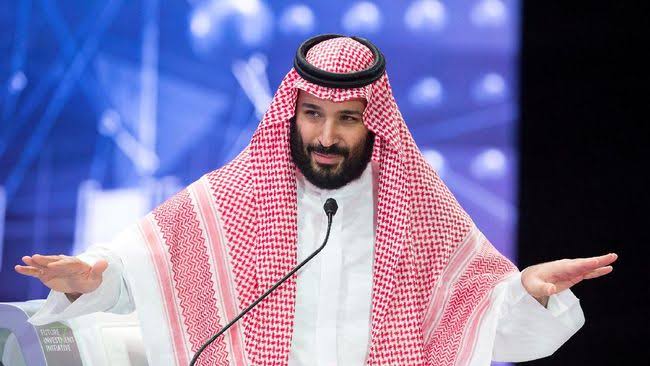 The construction of the National Capital City (IKN) of the Archipelago in Penajam Paser Utara, East Kalimantan does require a large amount of funds, so this requires an injection of funds from investors. One of the countries that intends to invest in IKN is Saudi Arabia.

Bahlil Lahadalia as the Minister of Investment/Head of the Investment Coordinating Board (BKPM) hinted at the certainty of Saudi Arabia to invest in IKN Nusantara. However, he has not divulged more details regarding the amount of funds and the timing of the investment. However, he promised to announce if the cooperation had been signed.

Previously, the government of the Kingdom of Saudi Arabia began to look at opportunities for cooperation with Indonesia regarding the IKN Nusantara development project. This wish was conveyed by the Ambassador of the Kingdom of Saudi Arabia to Indonesia, Sheikh Essam bin Abeed Al-Thaqafi. However, as time goes by, the certainty of the investment has not been officially announced.

Luhut Binsar Pandjaitan as Coordinating Minister for Maritime Affairs and Investment said that he had sent a team to Saudi Arabia to negotiate with investors there. He also admitted that investors from Saudi Arabia often contacted him to find out the progress of IKN Nusantara investment in East Kalimantan.

On the occasion of a virtual statement when lined up as a keynote speaker at the 60th Anniversary of the Indonesian Christian Youth Movement (GAMKI) held in Balikpapan, Luhut emphasized that it is not true that IKN development lacks funding. Luhut admitted that he had met with Mohammed bin Salman, the Crown Prince of the Kingdom of Saudi Arabia, who stated that he would invest heavily. In addition, the United Arab Emirates through the Indonesian Investment Fund will also prepare an investment of 20 billion US dollars.

Luhut also underlined that the new capital of the archipelago is intended for the younger generation who will enjoy it in the future. The shape will not be inferior to the modern city development of Neom in Saudi Arabia, Dubai in the United Arab Emirates, and Shenzhen in China.

The process of moving the main offices of the central government from Jakarta to the National Capital (IKN) Nusantara in East Kalimantan, is expected to be completed in the second quarter of 2024.

Furthermore, Luhut said that currently Indonesia’s development is much more evenly distributed. Apart from being the location for the construction of the nation’s capital, now many new industries are growing in Kalimantan, such as the development of a new energy industry in North Kalimantan.

Luhut also revealed that investments that were previously only centered in Java and Sumatra, can now be spread to various other regions, including Kalimantan. This is where the youth, including GAMKI, must play their role, because there are so many job opportunities and MSME programs are wide open. It should be noted that IKN is a city of the future or a city for today’s young generation.

The Head of the IKN Infrastructure Development Implementation Task Force at the Ministry of Public Works and Public Housing (PUPR) Danis H Sumadilaga hopes that the younger generation can inclusively contribute and participate to accommodate innovation in three areas that are prioritized for growth, from the health, energy and economic sectors.

He explained that there were several factors that made the government move the capital city to East Kalimantan. Some of these factors include population distribution and increasing economic growth outside Java.

IKN is intentionally directed as a catalyst for East Kalimantan by encouraging future economic development through the cooperation of the city triangle, namely Samarinda, Balikpapan and IKN.

Samarinda as its heart is the historical center of East Kalimantan with a rejuvenated energy sector. Balikpapan as a muscle, namely downstream oil and gas and East Kalimantan logistics. Then IKN as a nerve center, the core of government and a center for green innovation.

On the other hand, the government also continues to prepare various regulations to smooth the State Capital project. For example, regarding the rules for the procurement of goods and services in this prospective capital city of Indonesia.

Saudi Arabia’s determination to invest in IKN is of course proof that Indonesia is not playing games with investors. In addition, the presence of investors is also proof that the Indonesian economy is indeed promising to be a destination for investment.