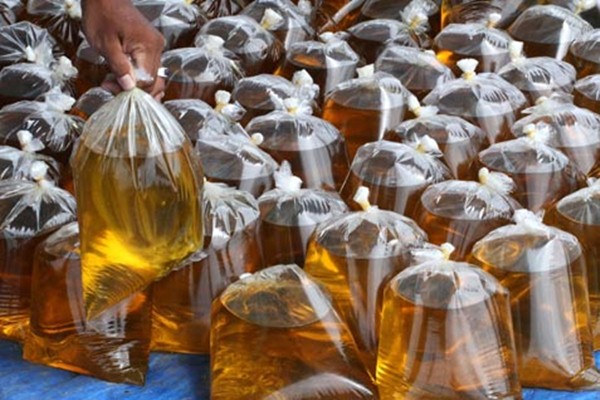 The government will take firm action against those who intentionally hoard oil and cause trouble for the community. They should be punished for harming many people.

Oil prices had soared but the government finally issued a regulation that the highest retail price (HET) of oil was 14,000 rupiah for good quality, while bulk oil was only 11,500 rupiah. The community welcomes it because they can get these basic necessities at affordable prices.

However, the reality did not match expectations because when cooking oil prices fell, it became scarce in several regions in Indonesia. If there is, you have to queue for a long time at the minimarket or supermarket that provides it. Even shoppers are willing to wait before the shop opens because if you are just a little late they will run out.

Trade Minister Muhammad Lutfi promised to take firm action against hoarders of cooking oil. Moreover, when he did an inspection to Makassar, he discovered the fact that the hoarder was a large company. After being caught, he ordered that the oil stored in the warehouse be directly distributed to the market, so that the public could buy it.

Threats for hoarding cooking oil are no joke because he could be sentenced to a maximum of five years in prison and a fine of up to fifty billion rupiah. Such a severe punishment was deemed appropriate because his actions harmed many people. Especially if those who need it are fried food traders or other culinary business actors, who are obliged to use cooking oil to sell.

Hoarders reasoned that they were afraid that the reduced cooking oil prices would only be valid for the next six months. So it is hoped that in six months new oil stocks will be issued and sold at high prices again. Even though it is not certain that in six months the price will be raised again, because the government must consider the voice of the people before raising the price of basic necessities.

Therefore, people are asked not to panic and stockpile cooking oil even if it is only on a small scale (eg ten liters). The reason is that when caught, he could also be threatened with a sentence of five years in prison.

The trick that has been done by several people is like this: if in a minimarket there is a rule to buy a maximum of two liters of cooking oil, then a family of four buys a pack of two liters of oil each. That way he gets a total of eight liters. Then he went to another convenience store and did the same thing, until he had a lot of oil.

Hoarding on a small scale is certainly a violation and when the perpetrator is threatened with punishment, it cannot be avoided. The reason is, he harms other people who really need cooking oil, both for cooking and for selling food.

There is another mode of hoarding which, sadly, is actually carried out by the store cashier. Cooking oil was secretly hidden, not displayed on the shelves as usual. Consumers are only allowed to buy oil when they buy other goods in the store worth hundreds of thousands of rupiah. His actions were even twice as detrimental because many people were forced to spend a lot even though the money could be mediocre.

Therefore, stop hoarding cooking oil now because it is detrimental to many people. It could be that in the next few months, the government will lower the price of cooking oil again. So hoarders will lose themselves.

The hoarders of cooking oil must be dealt with firmly because they are clearly making other people difficult. In fact, if you buy it in reasonable quantities, it will not make cooking oil scarce. Oil hoarders both on a small and large scale are urged to stop their actions because there will be strict action from the government.

Indonesia is Conducive for Investment