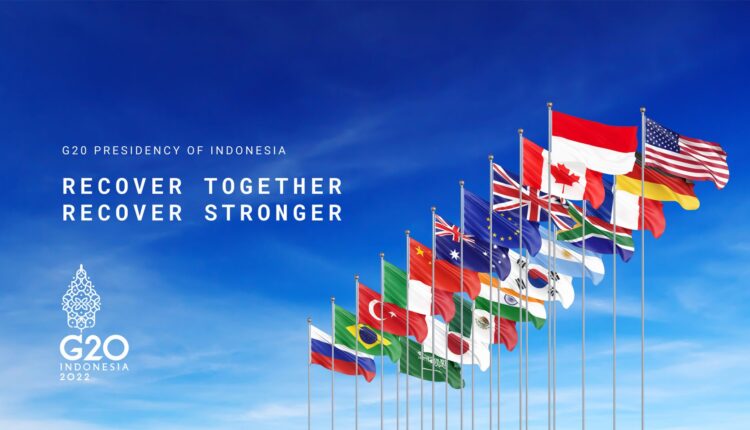 Indonesia has won international trust by being appointed as the host of the G20 Summit. The government also made a lot of preparations so that the event was successful and smooth.

The Side Event of the G20 Energy Transition Working Group (ETWG) Summit in the Central Java region is an event that must be carefully prepared. One of the preparations that must be made is to ensure that the electricity supply from PLN is not in a state of zero down time from March to July 2022.

PT PLN (Persero) is committed to ensuring the reliability of electricity supply without blackouts or zero down time at the ETWG G20 event in the Central Java and Yogyakarta regions.

PLN’s Java Madura and Bali Regional Business Director Haryanto WS explained that PLN carried out layered electricity security at several important locations during the holding of this High Level Conference (KTT), so that zero down time could be ensured.

Haryanto explained, “To ensure the smooth running of the G20 event, PLN supplies electricity to these locations from 2 main substations. In addition, PLN also prepares backup using Automatic Change-Over (ACO), if the main supply is interrupted, it will immediately be transferred to a backup power source.

PLN has also prepared a backup plan, in which there are 155 additional equipment consisting of 30 units of UGB (Uninterrutible Power Supply), 19 units of Genset and 3 units of UKB (Mobile Cable Unit). In addition to security in terms of supply, PLN has also alerted 4,881 personnel consisting of 3,606 Technical Service personnel, 101 Work in Voltage Conditions (PDKB) and 1,174 PLN personnel.

The personnel have also held an electrical alert for the reliability of the G20 Summit on Tuesday, March 15, 2022, in the courtyard of Prambanan Temple, Yogyakarta. Present as the coach of the apple for the Director of Electricity Entrepreneurs Development at the Ministry of Energy and Mineral Resources, Ida Nuryatin Finahari.

He also ensured that the electricity supply in Central Java and Yogyakarta was safe. Currently, the capable power in the Central Java-DIY system is 6,772 Mega Watt (MW) while the highest peak load is at 4,721 MW, so there is still a power reserve of 30 percent.

It is hoped that with the latest equipment, as well as qualified human resources, PLN can provide excellent electricity services, especially during the implementation of the G20 Presidency.

Meanwhile, PLN’s Executive Vice President of Corporate Communications and CSR Agung Murdifi explained, PLN has won the trust of the Ministry of Energy and Mineral Resources to support the ETWG-1 event which will be held in Yogyakarta on March 24-25 March 2022.

As PLN’s real support for green energy, at the ETWG in Yogyakarta, several events are planned, including the signing of the Power Purchase Agreement (PPA), new renewable energy (EBT), signing the purchase of a renewable energy certificate (REC). The G20 energy transition was launched as part of Indonesia’s G20 presidency starting on December 1, 2021 until the G20 Summit in November 2022.

The focus of the discussion at this meeting was how to create affordable, reliable, sustainable and modern energy for all, especially energy for electrification. In addition, in the field of technology, efforts to improve and utilize technology for clean industrial development, integration of renewable energy and energy efficiency will also be discussed.

As it is known that the ETWG will be attended by 20 G20 member countries, 10 invited countries and 8 international organizations, both in person and virtually. At a high-level meeting between delegations of member countries and will discuss important world issues to reduce carbon emissions, eradicate poverty and rise from the pandemic.

The ETWG event is a large meeting that will present delegates from various countries, of course this event is expected to produce something concrete for energy issues. So that preparation for this event must also be done carefully, so that there are no obstacles that interfere during the ETWG event.

Safe Homecoming With The Third Dose

Beware of Radicalism Through Social Media