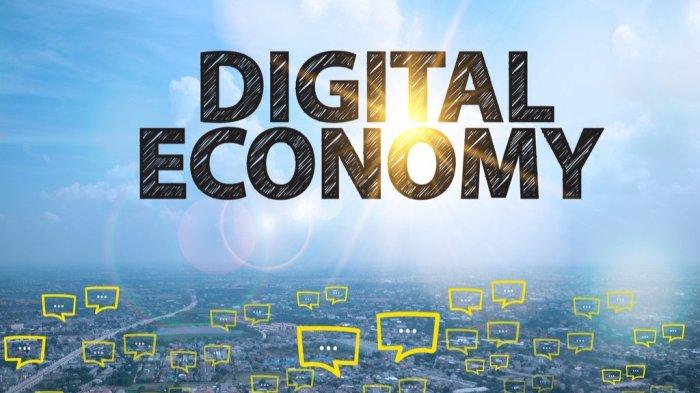 The development of the National Capital City (IKN) of the Archipelago has attracted the interest of many investors, including investors from abroad. The government stated that many potential investors expressed their interest in investing in the Nusantara IKN area through  letters of interest  to the IKN authorities.

The Coordinating Minister for Maritime Affairs and Investment, Luhut Binsar Pandjaitan emphasized that the construction of the Nusantara National Public Corporation had attracted the interest of many foreign investors. He stated that he had a meeting with Mohammed Bin Salman, Crown Prince of the Kingdom of Saudi Arabia, who stated that he would invest a very large amount. Apart from that, the United Arab Emirates through the  Indonesian Investment Fund  is also preparing to invest US$20 billion.

The Head of the Nusantara IKN Authority, Bambang Susantono in a press statement after attending a Limited Meeting at the Presidential Office chaired by the President of the Republic of Indonesia Joko Widodo (Jokowi) and attended by Vice President of the Republic of Indonesia Ma’ruf Amin and a number of ministers related to the development of IKN said that to attract investors his party is preparing three important things.

Bambang explained that the first important factor was finalizing the Draft Government Regulation (RPP) for Special Investment Incentives at the National Archipelagic State Institute. Then, set up Authority-Owned Enterprises (BUMO). Third, IKN Nusantara will carry out  a market  sounding  (market survey) led directly by President Jokowi to potential investors to be interested in investing in IKN Nusantara.

President Jokowi explained that if investors are still unsure about a number of things, they can directly ask the relevant ministers. For example, regarding land matters, you can consult the Minister of Agrarian Affairs and Spatial Planning/Head of the National Land Agency (ATR/BPN), Hadi Tjahjanto. Then, regarding investment incentives, you can ask the Minister of Investment/Head of the Investment Coordinating Board (BKPM) Bahlil Lahadalia.

The research director of the  Center for Reform on Economics  (CORE) Indonesia, Piter Abdullah, supports President Jokowi’s move to lead directly to the IKN Nusantara market survey. According to him, the purpose of the  market  sounding  carried out by the government is mainly to maintain communication related to the development of IKN. In the sense not to seek or increase investor interest. This is because the attractiveness of investing in IKN Nusantara itself is already great.

According to Piter, with great interest, the government does not need to make excessive promises to investors; it is enough to outline what steps the government will prepare at the start of infrastructure development. Piter further said that what the government has to do is give confidence to investors that IKN Nusantara will continue no matter what happens even though there has been a change in leadership after the election.

On the other hand, Minister of Public Works and Public Housing (PUPR), Basuki Hadimuljono appreciated South Korea’s plan to participate in building a clean water system at IKN Nusantara.

Basuki added that the initial plan for construction would start in 2024, but the PUPR Ministry hopes to speed up the process of preparing detailed technical plans, so that the installation can begin in 2023.

Basuki expressed his hope that the Government of the Republic of Korea (South Korea) could actively support preparations for the  10th World Water Forum  (WWF) to be held on 18-24 May 2024 in Bali.

Previously, according to Basuki, on 10 November 2022 a  Framework Agreement for the 10th World Water Forum was signed  between the Government of Indonesia and the  World Water Council  (WWC). The joint statement  is a follow-up to  the Green Infrastructure Development Memorandum of Understanding  (MoU) which was signed on 15 March 2022 in Labuan Bajo.

This cooperation in the field of green infrastructure includes management of water resources and supply of clean water, construction of energy efficient buildings,  eco-smart cities , and identification and infrastructure for climate change mitigation and adaptation.

Basuki also revealed that President Jokowi plans to invite potential investors to visit IKN Nusantara in early 2023. The visit will be scheduled for January or February 2023.

In line with this, the Director of System Development and Strategy for Implementation of Funding at the Ministry of PUPR, Agus Sulaeman at the Ministry of PUPR Complex said that currently PUPR is also preparing construction for the housing sector in IKN, one of the foreign investors who are already interested is the Korea Land and Housing Corporation.

Furthermore, Agus conveyed, financing for IKN itself consists of two sources including sources originating from the State Revenue and Expenditure Budget (APBN) and non-APBN. Meanwhile, until 2024, the majority will use APBN funds.

The Coordinator of the Information and Communication Team of the IKN Nusantara Transition Team, Sidik Pramono said that investors are not only interested in the residential and office sector, currently there are already potential investors who are interested in other sectors such as waste management.