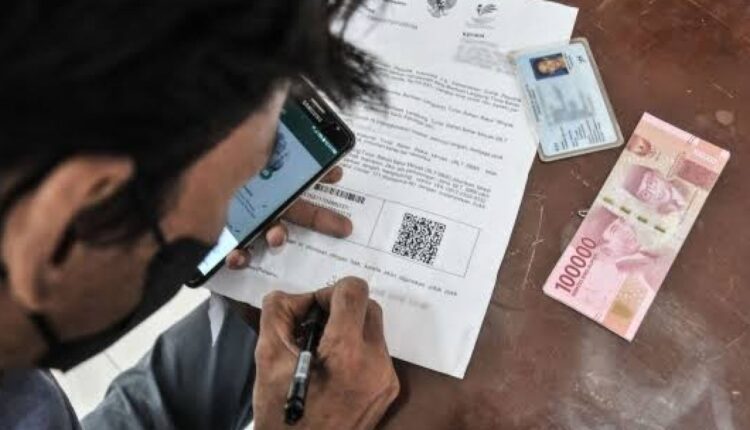 The government is trying its best to  suppress the impact of global inflation. One of them is by providing  Direct Cash Assistance for Fuel Oil (BLT BBM). This assistance will ease  the public’s economy and  inflationary pressures due to fuel  price adjustments.

After the pandemic subsided, the world was turbulent because there was a threat of recession and global inflation predicted to come in 2023. The economic conditions of many countries have been chaotic dueto the pandemic factor. The government does not want Indonesia to  experience a recession and severe inflation as has happened in the UK. Therefore, there are effective steps to save the economy, one of which is by providing fuel blt.

In a sense, BLT BBM is given to prosper the community. The reason is because they are the most affected by global inflation. Meanwhile, inflation in Indonesia in August reached 4.6%. But people should not look at it obliquely because in this there has been a decline, considering that in July the inflation was 4.9%.

The inflation rate below 10% in economics is still relatively safe, and people are asked not to panic and fear the impact of recession and global inflation. While the moderate inflation rate is 10%-30%.

To further reduce inflation, the government provides fuel blt as a social cushion. People receive Rp.600,000 and they can spend it to buy basic necessities. In this way, people are not affected by inflation, because the price of rice and others has increased, but it can still be bought.

The community supports the government’s move to provide BLT BBM because they think about the long-term effects. BLT is a stimulus so that people’s wallets are healthy and they can still buy rice and other basic necessities. Although the nominal is 600,000 , it is already big enough for the small people, and they are grateful for it. The grant is proof that the government is still pro-small people.

Moreover, the distribution of FUEL BLT is made easier, because it is through the Post Office, instead of private banks or state-owned enterprises. Not necessarily all Indonesian citizens have an account at the bank. Therefore, distribution via post makes it easier for them, especially post offices in various regions in Indonesia, even to remote parts of Eastern Indonesia.

If there is no BLT BBM then it is dangerous, because many find it difficult to get their kitchen needs. As a result, the goods on the market no one buys. The wheels of the economy are running slowly and the Indonesian economy can falter, and it can be hit by a global recession. Of course the government does not want there to be a bad situation like this.

The provision of FUEL BLT can also prevent another negative impact, namely the increase in the crime rate. If prices rise while there is no social assistance, then the people suffer from mass starvation. As a result, some are desperate to steal and the crime rate has risen. This negative impact can be suppressed by giving BMT fuel.

Meanwhile, academician from the University of Indonesia Arthur Subroto, stated that the BBM BLT could overcome the impact of inflation and convince foreign investors. The calculation of blt bbm has been calculated by the government very precisely.

In a sense, the provision of fuel blt does not burden the state budget because it has been calculated. The budget for social assistance has been held since the beginning of the pandemic, and the government understands the situation of the small people. The state budget will be balanced even though it is still a pandemic.

In addition, the fuel blt can overcome the impact of inflation because when inflation occurs, the prices of goods increase. But people don’t protest because they can buy it. Not with their own private money, but using BLT BBM.

Inflation and recession must be controlled because it should not happen like in European countries, when there are young children who are forced to eat rubber because of hunger. Dismissals are happening everywhere and many are forced to work in the illegitimate sector just to forage. This condition is certainly very terrible and should not be transmitted to other countries, including Indonesia.

The community supports the optimization of the government’s efforts in providing fuel blt, as a way to avoid inflation and global recession. The pandemic is not over and there is currently a threat of inflation. However, the government moved quickly and saved the people, through the provision of blt fuel.