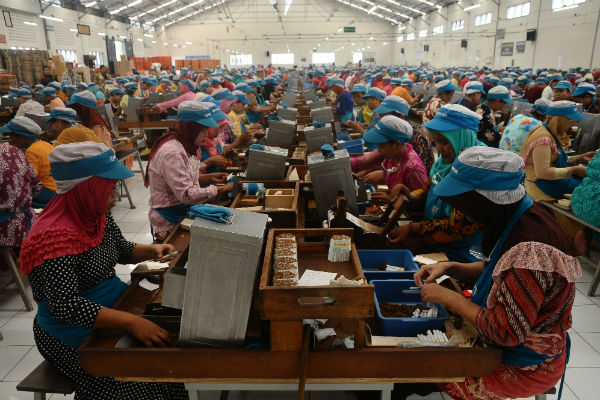 The government guarantees the welfare of the entire community, especially for workers and laborers with the ratification of the Job Creation Law which has proven to be effective in overcoming all problems regarding overlapping regulations that previously existed.

It is an obligation for the Government to be able to guarantee the welfare of all Indonesian people, this is stated in the 1945 Constitution. Even workers and laborers have not escaped the attention of the Government. Therefore, the Employment Creation Law was passed, in which there were many benefits for the workers.

Not only that, but as far as the ratification of the Job Creation Law is concerned, the Government and the Indonesian House of Representatives continue to open up the widest possible opportunities for dialogue to be able to accommodate all complaints from these workers when there were labor demonstrations.

Member of the House of Representatives of the Republic of Indonesia, Arteria Dahlan, gave a general view regarding the philosophical, sociological and juridical background of the formation of the Job Creation Act. He explained that the Job Creation Law was an effort by the state to fulfill the rights of citizens to work and a decent living for humanity.

With the existence of the Job Creation Law, it will be able to absorb the widest possible Indonesian workforce in the midst of increasingly competitive competition against the demands of economic globalization. In the context of supporting these jobs, legal breakthroughs are needed that can solve various problems in several laws that regulate the convenience, protection and empowerment of cooperatives and micro, small and medium enterprises (MSMEs) for the sake of improving the investment ecosystem and accelerating national strategic projects.

This then underlies the need for the application of the Omnibus Law method to be able to immediately resolve the legislative problems. Moreover, Arteria also revealed that in fact Omnibus Law has been practiced in Indonesia for a long time, but the term is not so popularly used in Indonesia.

The Coordinating Minister for Economic Affairs, Airlangga Hartarto, said that the state is indeed obliged to establish policies and take action to fulfill the rights of citizens to obtain jobs and a decent living. The issuance of the Job Creation Law is intended to provide protection, legal certainty and the fulfillment of the rights of citizens to be able to obtain work and a decent life, including in association and assembly as guaranteed in the 1945 Constitution.

So it is very clear that the constitutional rights of workers and laborers are not at all reduced, eliminated, restricted, complicated or harmed by the enactment of the Job Creation Law. The formation of the Law has indeed gone through the procedures and stages in accordance with the provisions. Including the rights of public participation in the formation of the Job Creation Law has been fully fulfilled.

The government itself had faced various challenges that became obstacles in carrying out economic transformation so that it was still not optimal in creating job opportunities. However, since the enactment of the Employment Creation Law, the Government’s efforts to create and expand job opportunities while maintaining and improving the quality of employment opportunities in the context of improving the welfare of workers and the community have become more secure.

The government and the DPR always involve public participation from the planning stage to the dissemination of the Job Creation Act, including transparency of information on the discussion of these regulations in the form of videos that can be easily accessed by the entire community through Parliament’s TV and platforms such as Youtube. Not only that, the Government also continues to attend public invitations for discussion, dialogue and discussion activities related to the Job Creation Law in order to fulfill public rights.

These breakthroughs are needed to improve the business climate, improve horizontal and vertical policies that conflict with each other, including being able to increase Indonesia’s regulatory index which is still low. This includes being able to overcome the phenomenon of hyper regulation and inefficient policies, as well as other problems such as the existence of sectoral and often out of sync laws. So workers and laborers don’t have to worry anymore