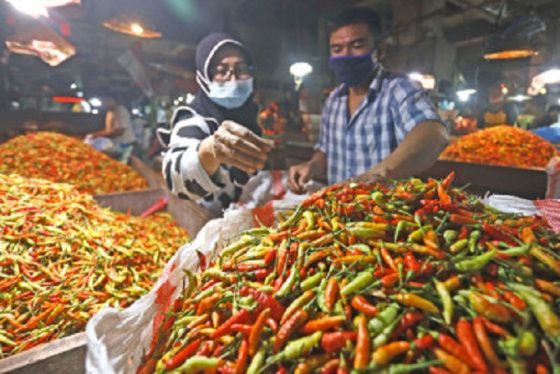 The Job Creation Act is the right policy issued by the Government in overcoming hyperregulation in Indonesia. With the existence of the Job Creation Law, investment will be wide open and the purchasing power of people affected by Covid-19 will increase again.

Based on data from the Covid-19 Handling and Economic Recovery Task Force, as of February 16, 2021, Indonesia had 4,966,046 positive cases of corona with a recovery rate of 4,375,234 people and a death rate of 145,622 people. To reduce the level of transmission of the Covid-19 Virus, the Government is trying to make efforts to limit social activities of the community, this policy will certainly have an impact on weakening economic activity.

Based on data from the Central Bureau of Economic Statistics, Indonesia will grow 3.69% (yoy) in 2021, improving compared to 2020 which experienced a contraction of -2.07% (yoy). In terms of business fields, Indonesia’s economic growth was supported by the manufacturing industry sector which grew 3.39% (yoy), trade which grew 4.6% (yoy) and Agriculture, Forestry and Fisheries which grew 1.84% (yoy). In terms of Indonesia’s economic expenditure, it was supported by the Performance of Household Consumption Growth (PKRT) which grew 2.02% (yoy) and the Gross Fixed Capital Formation Component (PMTB) 3.80% (yoy).

Although in general the Indonesian economy has improved amid the Covid-19 pandemic, the realization of Indonesia’s economic growth in 2021 is still below the normal level of 5% (yoy), thus requiring a strong effort to restore the momentum of economic growth.

The weakening of economic growth in the midst of the Covid-19 pandemic has caused considerable problems for macroeconomic stability. The delay in the acceleration of economic growth has made economic sectors, especially the real sector, less than optimal in absorbing the growing labor force. Based on BPS data, in August 2021 the number of the workforce reached 140.15 million people, an increase of 1.40% (yoy) compared to August 2020 which was recorded at 138.22 million people. However, the number of people working only reached 131.05 million people, while the Open Unemployment Rate (TPT) reached 12.75 million people or 9.10% of the workforce. Along with the less than optimal absorption of the Labor Force in the real sector, the number of poor people in September 2021 will reach 26.50 million people or 9.71% of the total population.

Of course, the less than optimal absorption of labor in the real sector and the high level of poverty need to be suppressed by the Government through economic policies that support the creation of new business fields, which can increase people’s purchasing power. The less than optimal absorption of the Labor Force and the high level of poverty can weaken people’s purchasing power, thus making the Household Consumption Expenditure Performance (PKRT) which has a contribution of 54.42% to Gross Domestic Product (GDP) weakened. If this condition is not addressed immediately, it is feared that the level of public welfare will decline and hinder the acceleration of economic growth, which ultimately makes it difficult for Indonesia to achieve its economic growth target in 2022 of 5.2% (yoy).

Government policies need to be in favor of efforts to increase investment so that economic activity in the real sector can run, so as to reduce unemployment and poverty, which can increase people’s purchasing power. The breakthrough that has been made by the Government in overcoming this is the issuance of Law Number 11 of 2020 concerning Job Creation on November 2, 2020 with the aim of creating jobs and increasing foreign and domestic investment by reducing regulatory requirements for business permits and land acquisition. However, this rule was declared “conditionally unconstitutional” by the Constitutional Court (MK), so the Government had to revise it until November 25, 2023.

Economic observer at the Faculty of Economics and Business at the State Islamic University (UIN) Syarif Hidayatullah, Djaka Badrayana, said that regardless of the existing dynamics, Law Number 11 of 2020 concerning Job Creation is considered to be able to improve welfare for the Indonesian people. In order to increase people’s welfare and purchasing power, there must be growth in Gross Domestic Product (GDP), by encouraging the acceleration of real sector investment that can increase employment, so that people can move out of the poverty line.

Beware of the Snare of Radicalism in Minors