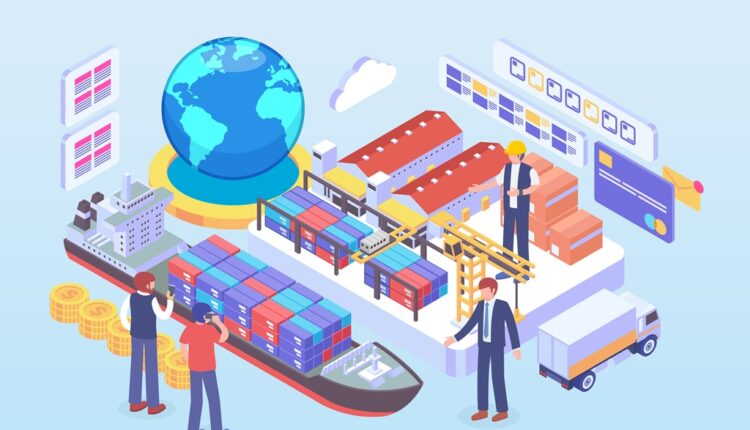 The government has initiated the birth of the Job Creation Act (UU Ciptaker) which is able to summarize regulations and permits. With this convenience, the job creation law is also expected to be able to improve trade governance in Indonesia.

Sri Mulyani as the Minister of Finance of the Republic of Indonesia who considered that the Copyright Act had an important role in improving export and import governance in Indonesia. Sri Mulyani said, Indonesia must continue to carry out various reform efforts to build a stronger economy, including through export and import activities. He considered that the ratification of the Job Creation Law would be an important reform step because it would address the challenges of bureaucratic simplification.

On the occasion of the Commodity Balance Talk Show, Sri Mulyani said, the most important policies in the work copyright law are those related to export and import governance.

Sri said, Indonesia needs to be faster in responding to various changes in the world economy. In this case, Indonesia chooses to continue to carry out various reform measures to build a more resilient economy during the Covid-19 pandemic.

According to him, one of the reform steps is carried out in terms of laws and regulations, including the passing of the Job Creation Law. The regulation is considered capable of responding to Indonesia’s economic challenges through improvements and simplification of regulations and bureaucracy, both at the central and regional levels.

With these reforms, Sri Mulyani hopes that export procedures can be easier and improve the national economy. Of course, this aims to be able to provide services that are easy, fast and certainly efficient for the business world so that business actors are able to move competitively.

Sri Mulyani added that improving export and import governance will ultimately have a positive impact on Indonesia’s trade balance and balance of payments. With these conditions, he is also optimistic that the Indonesian economy can be more resilient to global economic shocks.

With the issuance of the 2 Ministerial Regulations of Trade, all regulations in the Minister of Trade previously released related to exports and imports are declared revoked and invalid.

Sri also stated that the government has given great attention to efforts to increase Indonesia’s exports. One of these concerns is realized through the Job Creation Act.

He said that the Job Creation Law provides ease of doing business for all businesses in the country. Mainly targeting micro, small and medium enterprises or MSMEs in order to increase competitiveness.

Indonesia also had time to negotiate various free trade agreements in connecting the Indonesian market with the world market. Of course, this is expected to be able to provide opportunities for business actors in Indonesia, including MSMEs, to be able to show their business penetration in the global market.

Meanwhile, the Acting Officer (Plt). Director General of Foreign Trade Indrasari Wisnu Wardhana said one of the important changes in export and import licensing arrangements was the enactment of Minister of Trade Regulation No. 19 of 2021 concerning export policies and arrangements and Minister of Trade Regulation No. 20 of 2021 concerning import policies and arrangements which took effect on November 15, 2021. Both regulations are legal products derived from the Job Creation Law.

Wisnu added that export and import licensing is getting easier with the integration of the INATRADE system with the INSW system. Business actors submit applications through the INSW System, which is a hub for licensing service systems in all relevant Ministries/Institutions.

With this system, business actors no longer need to open related P/L portals to fulfill licensing requirements, especially in the export and import sector. In addition to speed and convenience, export-import business permits issued also use electronic signatures and barcodes to guarantee the authenticity and security of data and information in business licensing documents.

The Employment Creation Act seems to have had a tiered positive impact, thus opening up opportunities for MSMEs to expand their business overseas. Moreover, with the improvement of good trade governance which is expected to strengthen the role of MSMEs in supporting the Indonesian economy.