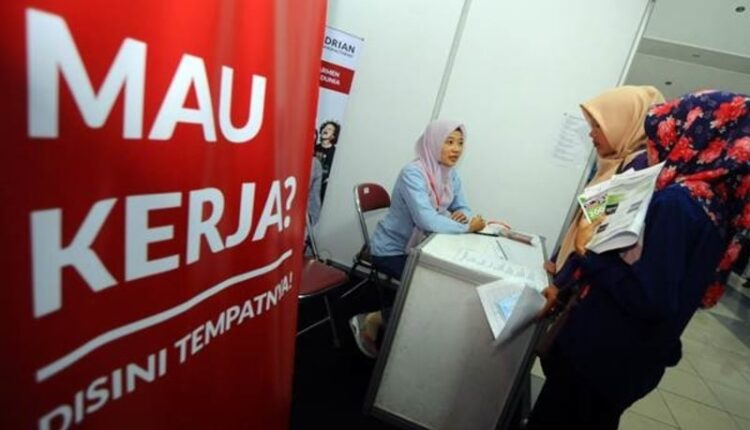 Not a few people are still wondering what the real purpose of the job creation law is. Of course, this law does not appear without reason, moreover this law aims to improve the investment climate and create legal certainty.

The ratification of the Job Creation Law is expected to encourage investment with a simple licensing system. The business activity licensing process has now been changed from permit-based to risk-based. A system called Risk-Based Licensing can be obtained online through the Online Single Submission Risk Based Approach (OSS-RBA).

Risk-based licensing is a licensing system based on the level of business activity risk. The risk level is divided into low, medium low, medium high and high. In addition, several other factors are also considered, such as the rating of the scale of business activities and land area as stated in the attachment to the government regulation regarding the implementation of risk-based licensing.

Sari Pramono as Chair of the Employment, Vocational, and Health Division of the Central Governing Body (BPP) of the Indonesian Young Entrepreneurs Association (HIPMI), said the Job Creation Law would create more job opportunities. The Indonesian workforce will also have a decent income. He considered that the Job Creation Law could create a conducive investment and business climate. Especially in the MSME industry, so that they can compete at the global level.

With the ease of obtaining business permits, of course, it is hoped that the investment climate in Indonesia will improve. As well as attracting local and foreign investors to invest in Indonesia. If the investment rate increases, of course, there will be more job opportunities in various sectors, so the number of unemployed will decrease.

On the other hand, the job creation law was indeed drafted with the aim of prospering and helping job seekers in Indonesia. Especially in the midst of a pandemic situation where the economy also had a chance to stumble.

It is estimated that the Job Creation Law will open around 46 million job vacancies once it is passed. Of course, with the arrangement of the Omnibus Law that has been designed in such a way, of course this is not impossible.

Referring to the BKPM record, Indonesia has a vision to become the top five countries with the strongest economy in the world, and has a GDP of IDR 27 million per capita per month by 2045. It is natural that Indonesia hopes for the Ciptaker Law which makes the business climate conducive, able to absorb more workforce thereby reducing unemployment, as well as increasing economic growth, and increasing worker productivity.

A survey conducted by Standard Chartered in March 2021 showed that US and European companies have ranked Indonesia 4th in ASEAN as a favorite country in terms of opportunities to build or expand resources, sales or company operations for six to twelve months. forward. In the Borderless Business Studies survey, it was stated that 42 percent of US and European companies saw the greatest growth potential in overseas markets.

Professor of IPB Prof. Dr.Ir. Yanto Santosa, DEA said, when investment increases, employment opportunities will also increase, this is the real purpose of the Job Creation Act, for the welfare of the community.

However, in order to implement the Job Creation Law in accordance with the government’s expectations, including simplifying licensing regulations, encouraging investment ease and increasing employment opportunities, of course there are a number of conditions that must be met.

The Job Creation Act is a regulation that is able to attract investors to invest in Indonesia, the fertile investment of this course will have an impact on business growth and absorption of labor so that the number of unemployed can be suppressed.