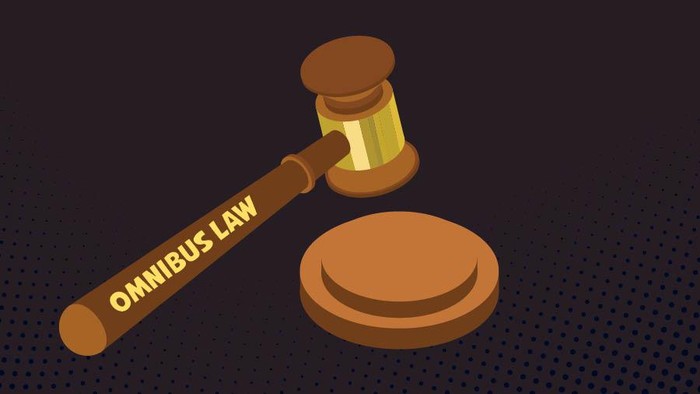 The government continues to make efforts to facilitate licensing through the implementation of the Job Creation Act. With the ease of licensing, it is hoped that it will attract investors and encourage economic growth.

The Indonesian economy was under pressure during the Covid-19 pandemic. This economic pressure is indicated by the number of companies being forced to layoff some employees so that the purchasing power of the people decreases.

This has prompted the government to issue a number of policies that can encourage economic growth, one of which is through the ratification of the Job Creation Law.

The Job Creation Law (Ciptaker) is expected to be able to help encourage national economic growth. This law is a government breakthrough to accelerate licensing and improve worker welfare and therefore needs to be implemented in order to bring in a lot of investment and create job opportunities in Indonesia.

The Ciptaker Law also supports MSME actors to make it easier for them to run their business, one of which is the ease and certainty in the licensing process through OSS (Online Single Submission).

The presence of the Ciptaker Law is believed to encourage business growth and investment in the country through regulatory reforms and ease of doing business. Its presence can accelerate national economic recovery after the Covid-19 pandemic. The Copyright Act, which consists of 116 articles, was able to revise the previous 77 laws, which turned out to contain overlapping laws and no certainty.

The job creation law touches on licensing and investment issues where the implementation of this law is an effort to increase investment which will open up wider job opportunities.

The Job Creation Act is a form of win-win solution presented by the government to various problems that have occurred in the business sector and labor management.

These various positive impacts can of course accelerate economic growth in Indonesia, because with the ease of licensing regulations, investors will be more interested in investing in Indonesia, so there is no more complicated management when there are investors who want to invest in Indonesia. .

The countries with the highest competitiveness rankings based on the data are occupied by Singapore, Denmark, Switzerland and the Netherlands. The four competitiveness assessment indicators are based on economic performance, government efficiency, business efficiency and infrastructure.

The Job Creation Law is one of the engines for the government to improve economic competitiveness, especially at the Southeast Asian level. The ease of licensing for business and investment has been highlighted by the government.

With the ease of obtaining business permits, it is hoped that the investment climate in Indonesia will improve. Both for local investors and foreign investors who are interested in investing in the country. So this will have an impact on opening up job opportunities and decreasing unemployment.

The Job Creation Law is also expected to be able to answer the current challenges of globalization and at the same time increase economic growth in Indonesia after the Covid-19 pandemic.

The job creation law is the main capital for economic growth. This regulation is believed to be able to streamline hyperregulation which has long been an obstacle to economic growth, especially in the investment sector.

Economic growth in Indonesia is not a figment, as long as this target is accompanied by regulations that make business actors and investors eager to take a role in driving the economy in Indonesia.