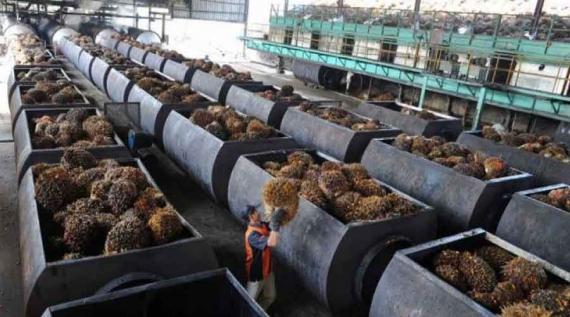 The Government’s policy of reopening Crude Palm Oil (CPO) exports is considered appropriate. Besides being proven to be able to provide cooking oil stocks in the market, this policy is expected to prevent the price of fresh fruit bunches from falling which farmers have been complaining about.

Cooking oil becomes excellent when the price is adjusted, because it follows the world oil price. At that time the government decided the highest retail price for oil but it had a negative impact, namely scarcity in markets and supermarkets. The reason is because many people are hoarding cooking oil. In addition, producers end up exporting oil in the hope of making a profit.

In response to this, the Government decided to ban the export of oil and CPO, with the aim of stabilizing the supply of cooking oil. After there is another price adjustment, cooking oil is easy to get again. However, producers and owners of palm oil plantations do not need to be angry for long because President Jokowi has finally allowed the export of CPO and oil again.

Gadjah Mada University Yogyakarta public policy academic Gabriel Lele stated that President Joko Widodo’s decision to open the export faucet for CPO and cooking oil was very appropriate. This decision should be commended for taking into account the timing of allowing oil exports.

In addition, do not make speculations in determining domestic oil prices. If the export of CPO and cooking oil is allowed to return, it does not mean that the price of cooking oil in Indonesia will rise again. People must understand it and don’t think negatively, then buy oil in the market and finally there is a shortage again.

Gabriel continued, relaxation was appropriate because the stock was adequate, and it could be seen from the stable price. The scarcity of cooking oil some time ago was not limited to stock but the behavior of a group of businessmen who wanted to earn big profits.

Currently, the export of CPO and oil is allowed and this decision must be respected, because the government also pays attention to oil exporters. They really prefer to sell abroad. This does not mean that the domestic market is not being considered, because currently the oil supply is sufficient. So it is considered safe stock and can only be sold outside.

In addition, if CPO and cooking oil are allowed to be exported again, it shows that the quality of palm oil and its processed products from Indonesia is recognized internationally. We should be proud because we can process natural resources very well. The name of Indonesia fluttered in the eyes of the world.

In supervising the cool exports of CPO and cooking oil, apart from government employees, they can also use information technology. With online application and supervision, it is hoped that exports can be controlled and monitored. The advantage of the online system is that it cannot be bribed or tricked. Supervision must be carried out strictly so as not to harm the people.