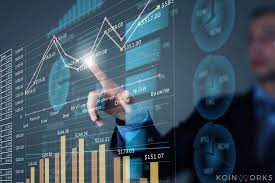 The Practicality of Investing in Indonesia Can Attract Foreign Investors

The Omnibus Law on Job Creation is a universal sweeping regulation that is able to summarize investment regulations. The practicality of the investment is believed to be a magnet that can attract foreign investors.

President Jokowi mentioned a lot about the importance of the government in cutting licensing in the investment sector, the licensing sector which has been considered problematic and tends to be convoluted, resulting in the inhibition of foreign investment in Indonesia.

The former Governor of DKI Jakarta emphasized the importance of removing a number of obstacles, the complicated licensing sector must be trimmed to make it simpler and more practical.

In order to increase economic growth, Minister of Finance Sri Mulyani once said that Indonesia must be open to foreign direct investment (FDI) in order to increase economic growth. Within the Ministry of Finance itself, Sri said that her party continues to improve the quality of policy making, as well as strengthen research to create new innovations in regulating state revenues and expenditures.

Meanwhile, the Minister of Investment/Head of the Investment Coordinating Board (BKPM) Bahlil Lahadalia conveyed President Jokowi’s mandate related to investment. He said that Jokowi directed Indonesia to become an investment-friendly country that contributes positively to society and the country.

In line with this, on January 10, 2022, the government will revoke a number of business licenses that do not operate or misuse these permits. This revocation begins with the revocation of the Mining Business Permit (IUP).

Bahlil said there are a total of 2,434 mining companies that are planned to be revoked because they are not operating even though they have obtained a permit from the government. In addition, there are business permits in other sectors such as forestry and land which have been reviewed and studied in depth by the technical ministry.

Regarding the IUP, Bahlil revealed that there were 5,490 permits issued by the government. This shows that almost 40% of the issued IUPs will be revoked because they are not running their business.

On the other hand, Bahlil also revealed that his party had coordinated with the Ministry of Environment and Forestry to revoke forestry business permits covering an area of ​​more than 3 million hectares (ha). He called a number of “rogue” companies using land concession permits not for business purposes as the purpose of granting these permits.

The wealth of natural resources owned by Indonesia does not need to be questioned and doubted. Both in the mining sector, such as coal, oil and natural gas are abundantly owned by Indonesia. In the tourism sector, Indonesia also has a very beautiful and beautiful nature. This is usually the main thing for foreign investors in choosing to invest in Indonesia.

In addition, Indonesia has been able to survive the world economic crisis. Indonesia continues to create a secure and healthy economic and investment climate. For now, Indonesia is even designated as one of the economic movements in the Asian region. Indonesia’s role is what will make investors from abroad more stable in investing in Indonesia.

On the other hand, potential investors will want an uncomplicated licensing process. To be able to invest in Indonesia, the process must also be concise or practical. The length of the investment licensing process is due to the many overlapping regulations between the central government and local governments. This caused an investment of IDR 708 trillion to stall in 2019.

Trimming and removing overlapping rules will of course make licensing more practical. With this practicality and convenience, it is hoped that investors will not hesitate to invest in Indonesia.