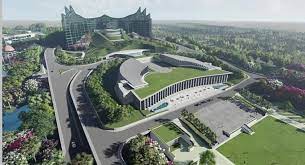 The Young Generation Plays a Role in Building IKN

IKN Nusantara is still in the early stages of development. This gigantic project took many years for Indonesia to have a capital city that is proud of its beauty and modernity. In building IKN, not only the elderly but also the younger generation are expected to play a role, because they are also Indonesian citizens.

Muhammad Muhamtasir, Chairman of the Mandiri Karya Youth Forum in Semarang City, stated that the younger generation throughout Indonesia must jointly oversee the process of developing and transferring IKN Nusantara. In addition, young people can also play a role in guarding IKN by dismissing negative issues about its development.

In a sense, to make IKN development a success, the government cannot work alone. But it also requires cooperation from other parties, including young people. Young people have high enthusiasm and creativity, so they can participate in building IKN even if they don’t donate money or valuable objects.

If the younger generation oversees the success of IKN development by dismissing hoaxes and negative issues, that is very good. The reason is because the hoax can be detrimental because it triggers a fight. It could be because of the hoax there will be chaos in North Penajam Paser, whereas previously the East Kalimantan natives and migrants had no problems at all.

Do not let there be social unrest because of hoaxes that are deliberately thrown by unscrupulous elements. The reason is because this can slow down development so that the inauguration of the Nusantara IKN is not in accordance with the predetermined schedule. Eventually the project will be more protracted and costs will swell.

The role of the younger generation in IKN development can be given even from a distance. They can be active in cyberspace and share positive news about the development and transfer of IKN. That way, the public will know better when the schedule for the inauguration is, what the city concept is like, and so on. More and more people will support the relocation of the capital city from DKI Jakarta to Penajam Paser Utara.

Meanwhile, President Jokowi welcomes if there are young people who build IKN and want to all move there. There are various facilities that will be provided by the government. These include proper facilities and infrastructure, access to affordable land and housing, and ease of export and import.

The government also plans to roll out a number of incentives so that many young people want to move to Kalimantan. Instead of being unemployed at home, it is better for the younger generation to start preparing plans to move to Kalimantan. One of these potentials is that the younger generation can learn to be modern farmers and earn a steady income. Facilitated housing access also makes it easier for them to get decent housing.

In addition, the government’s promise to facilitate exports and imports creates good opportunities for young people. They can start an export business, especially in Kalimantan there are still many natural resources that can be processed, such as rattan, which can be exported and the profits are high. In addition, the import business also has great advantages.

The young generation of Indonesia is expected to play a role in building the National Capital of the Archipelago. The contribution and active participation of the younger generation towards IKN relocation is expected to be able to realize IKN according to shared expectations.

)* The author is an observer of the younger generation

Appreciating the Sustainability of the Pre-Employment Card