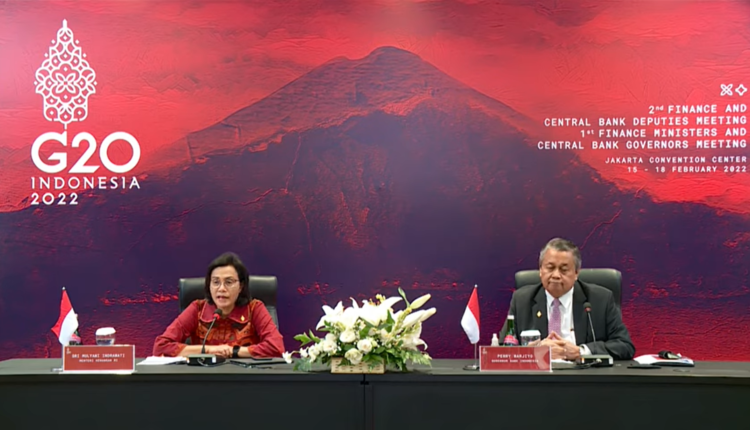 Various Benefits of the G20 Presidency for Handling the Indonesian Economy

The holding of the Group of Twenty or G20 aims to hold an international forum for cooperation and discussion consisting of countries with the largest economies in the world. The members of the G20 itself consist of 19 countries and 1 European Union state institution.

This year, Indonesia was given the opportunity to hold the mandate as the host of the G20 presidency. The mandate has been implemented since December 2021 and will last until November 2022.

It is known that this is the first time Indonesia has become the G20 Presidency since the international forum that was formed in 1999. This can be an opportunity for policy makers to show Indonesia’s superiority.

In addition, the existence of the G20 is considered to have a positive impact on various sectors, one of which is in the economic sector. This statement was also conveyed by the Central Secretary, International Center for Applied Finance and Economics (InterCAFE) LPPM IPB, namely Syamsul Hidayat Pasaribu.

He said that the G20 Summit (Summit) was very beneficial from an economic point of view for Indonesia. This is because there are various series of positive activities from the G20 presidency and invite quite a lot of delegations between countries. Economically, this increases the country’s foreign exchange earnings because it is similar to tourist visits, so accommodation is needed which will certainly provide benefits for Indonesia.

“The G20 is considered similar to a series of international sporting events, which can reach a profit of 1 to 2 trillion rupiah. This is very likely to happen,” said Syamsul Hidayat Pasaribu.

Syamsul Hidayat Pasaribu said the amount of investment or funds issued by the government in the series of G20 events could provide benefits up to many times. He added that the positive side of the G20 is that it does not focus on a series of events only on one side of the place, but in various other locations such as Bali, Papua, Jakarta, Bogor, Bandung, and so on.

“The placement of the G20 series spread throughout Indonesia is very good for regional equity, so that it gets a good economic impact from the holding of this G20 Summit,” explained the Secretary of the InterCAFE Center of LPPM IPB.

He added that the G20 also had a significant impact on the handling of the Indonesian economy, for example in increasing employment absorption, such as empowering Micro, Small and Medium Enterprises (MSMEs) which are developing due to the cooperation between these countries.

“I hope that policy makers can take advantage of this moment well, because of the international contribution for Indonesia. In addition, as the host of this series of events, of course, you can arrange to raise a theme in the form of issues that become public unrest. This can be adjusted to the national interest,” hoped Syamsul Hidayat Pasaribu

In addition, Syamsul Hidayat Pasaribu also hopes that the government can establish positive cooperative relations and have a good impact between countries, in order to open market access and investment in Indonesia.

He gave an example, that Indonesia can invest with Saudi Arabia or Turkey, even the European Union such as Italy or Spain which is beneficial for the Indonesian economy as an Economic-Partnership.

In another statement, Minister of Finance Sri Mulyani Indrawati also believes that the existence of the G20 will have a good impact on the Indonesian economy. He said the G20 event would create a contribution of US$ 533 million or around Rp. 7.4 trillion to Indonesia’s GDP.

As explained by Syamsul Hidayat Pasaribu, Sri Mulyani is also confident that it will generate an increase in domestic consumption of up to Rp1.7 trillion and encourage investment in domestic MSMEs, considering that currently 80% of global investors come from G20 countries.

“Indonesia will play a role in designing world economic recovery policies. If the world economy improves, then we will receive the positive impact, one of which is exports which will grow high,” concluded Sri Mulyani.

Member of Commission I: Implementation of G20 Must be Supported by All Parties