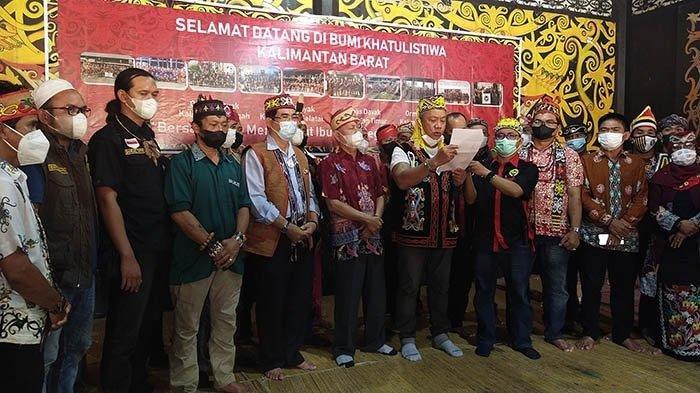 Community organizations in East Kalimantan continue to fully support the development of the Archipelago’s National Capital (IKN). This support is really needed because the benefits of moving the IKN itself are very much to bring Indonesia into a developed country.

The National and Political Unity Agency (Kesbangpol) of East Kalimantan Province invites all Community Organizations (Ormas) in Paser Regency to be able to continue to provide full support for the development of the National Capital City (IKN) of the Archipelago in East Kalimantan which was initiated by the Indonesian Government so that it can realize equality. National development.

The Secretary of the Kesbangpol of East Kalimantan, Sidik said that this activity was deliberately held by the Kesbangpol with the main objective to be able to equalize perceptions between the government and the CSOs and also to include a number of aspirations conveyed by the CSOs to the Government regarding the development of the National Capital City (IKN) of the Archipelago in East Kalimantan.

Moreover, this activity is also to be able to accommodate the full support of the community through CSOs in East Kalimantan regarding their positive response regarding the development of the IKN which also has a very good impact on the recovery of the national economy.

For information, the development of the IKN itself has begun to be intensified by the government since the official enactment of Law Number 3 of 2022 concerning IKN. This development has really started to be focused since entering the second semester of 2022.

Several developments that first became a priority and continue to be focused on by the government, include the construction of access roads. This is very good, because later it will be able to help mobilize logistics that come and go to the IKN construction site.

Not only that, but with the construction of roads, it will also facilitate land management. This arrangement cannot be done haphazardly because it will be adjusted to the vision and mission of sustainable IKN development, namely so that it can continue to pay attention to environmental aspects.

Sidik added that the development of IKN really pays attention to how the concept of green infrastructure, smart city or smart city utilizes the use of the most up-to-date technology in all of its urban life.

Furthermore, the Secretary of the East Kalimantan Kesbangpol stated that the development of the IKN itself would continue to pay attention to the city of innovation so that renewal would continue, unlike the planning for the capital city in Jakarta, because this renewal was very important.

The reason is, if the concept of development is still using the same as the one in Jakarta, then the fate of the IKN will end more or less like in Jakarta, when there are already lots of migrants from all over the archipelago to the capital city, the environment will actually become very crowded so that it is vulnerable to floods and other natural disasters occur due to too many people occupying it.

Innovations that continue to be developed in planning for the National Capital City (IKN) of the Archipelago are also according to Sidik so that he can continue to pay attention to what local wisdom is like. This is because Indonesia itself has many cultural backgrounds, in which all local wisdom must be mutually respected and respected.

Apart from that, of course, it will also continue to adjust to the renewal of the world’s infrastructure. All the concepts that are carried out in the development of IKN itself, which in general continue to strive for an environmentally friendly city with a modern city that is a smart city.

Given these facts, the construction of the IKN in East Kalimantan is not at all wrong and is actually the right thing to do. Henceforth, the entire community itself must also participate in fully supporting and creating a conducive situation for the development of IKN.

Full support is mandatory for all Indonesian people in the framework of the succession of IKN development. Even community organizations in East Kalimantan themselves have committed to being able to fully support this development because it has a very good impact on Indonesia’s progress.