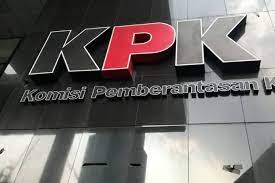 It is hoped that the KPK will not affect the polemic over the status of employees which is still being exhaled by certain groups. KPK employees to continue to focus on working to optimize the eradication of corruption.
The polemic regarding the implementation of the National Insight Test (TWK) still seems to be circulating in various media. The chairman of the Setara Institute, Hendardi, asked the Corruption Eradication Commission (KPK) to focus more on working and handling various corruption cases in the country. considered that the polemic about TWK did not need to be addressed.
He said that the KPK still had a lot of homework to do, so it was better for the KPK to just focus on working.
Hendardi said that the implementation of the TWK only carried out the orders of Law Number 19 of 2019. The technical implementer was the State Civil Service Agency (BKN) with several assessors. This means that the KPK is not directly involved in the implementation of the TWK.
we say, if TWK is Firli Bahuri’s wish, of course that statement is wrong.
Actually, the TWK issue has been resolved, it is clear that 75 KPK employees did not pass but then it was corrected again to 51 employees or about 5.4 percent of the total employees. However, employees who do not pass are judged to be carrying out political maneuvers rather than bringing the matter to court.
It was also found that the performance of the KPK institution would not be disturbed by the TWK polemic which was reported by the KPK employee number to Komnas HAM and several other agencies.
On a different occasion, Petrus Selestinus as a legal expert said that the KPK leadership should not be blamed for carrying out accountability related to TWK. However, I hope to explain to the public that there is nothing wrong with TWK.
He said that the KPK should continue to work, focus on law enforcement duties, and the behavior of employees who do not pass.
Petrus assessed that the TWK polemic seemed unfinished because the employees who did not pass did not take legal action.
Previously, Dr. Johanes Tuban Helan, SH MHum as State Administrative Law Expert from the University of Nusa Cendana (Undana) Kupang said that employees of the Corruption Eradication Commission (KPK) who did not pass the TWK should not be questioned.
Before the law, all citizens are equal, so just accept it if it has been determined and there is no need to question it, said Johanes.
Assessment, the position of KPK employees today is the same as honorariums in government agencies who have the same rights to be accepted or not to become state civil servants (ASN) through tests.
He also raised a big question mark, almost every year there are ASN admissions, many honorariums take part in the test and not all of them pass, but this has never been questioned. Then why the KPK employees who did not pass were questioned. Moreover, not all KPK employees who took part in the test were declared not to have passed.
If there are 1,351 employees who take the test and 75 people do not pass, Johanes considers that something normal. There’s no need to question it. If 90 percent of the test takers do not pass, it may be necessary to ask questions.
He said that all Indonesian citizens, including KPK employees, had the same rights as other citizens to be accepted or not as ASN.
Therefore, there is no need to waste energy questioning the fate of the 75 people who did not pass the TWK.
It should also be noted that the TWK in the selection of the KPK ASN has influenced many things, such as HTI, FPI and functions that are considered incompatible with the main duties of employees.
In the polemic, Bima Haria Wibisana finally spoke up, he considered it natural that the TWK question in the ASN selection questions about radicalism and mass organization, because that is what the assessment wants to assess.
The assessment is actually also useful to see the degree of radicalism of the test takers. So of course it is natural that there are questions or prompts in such interviews to find out the level of confidence of the participants.
also emphasized that the registration of KPK employees to become part of the ASN means that they must regulate the law and defend the state. Where defending the country means also defending Pancasila, the 1945 Constitution and obeying all the laws and regulations. Because this is an ASN oath.
The KPK’s tasks are still many, focusing on the core to suppress rats is certainly more important than being trapped in the TWK polemic which has ended.