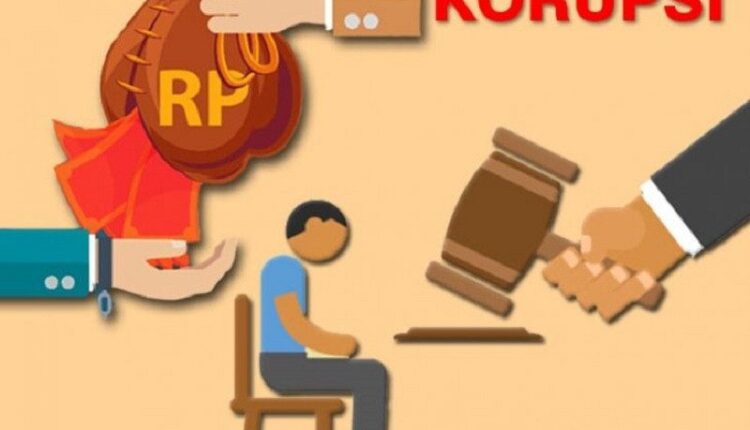 Corruption suspects such as Governor Lukas Enembe must undergo legal processes so that the case does not drag on. Activists support the eradication of corruption, and demand that Lukas be held accountable for his mistakes.

Corruption was rampant in the New Order era and it is very embarrassing because it duplicates the behavior of the VOC when it was still colonizing Indonesia. When many people steal people’s money, the country can be destroyed because of it. Therefore, the government is determined to continue the spirit of reform, by eradicating corruption throughout Indonesia, including in Papua.

Currently, Papua is in the public spotlight because its governor, Lukas Enembe, has been stumbled upon cases of corruption and gratuities worth hundreds of billions of rupiah. In addition to corruption, he also committed a shameful act, namely gambling abroad. As a public official, he should not carry out negative activities like this, for fear of being imitated by his people.

Papuan youth leader Erik Makabori stated that the investigation of Lukas Enembe was the responsibility of the state. Law enforcement in corruption cases is at the forefront of solving problems in Indonesia. The government must be wise and committed to eradicate corruption in Papua.

In a sense, it is natural for Lukas Enembe to be investigated because he has been legally a suspect since early September 2022. If there is a summons from the KPK, it is the responsibility of the state to eliminate corruption in Indonesia. An official like Lukas is not above the law because Indonesia is a state of law and all its citizens are obliged to obey the law.

The law is not sharp down but blunt up alias does not apply to officials. If Luke is summoned by the KPK then it is a way to enforce the law in Indonesia. It is also a way to eradicate corruption in Papua and throughout Indonesia.

Corruption in Papua must be abolished because if the officials steal public money, the citizens will suffer. For example, if there is a development fund (from the special autonomy budget) of 20 billion, 10 billion is corrupted. As a result, many infrastructure developments have been delayed because the funds have been drastically reduced.

When there is state money being corrupted, what will happen to the Papuan children? All Papuan children should be entitled to receive scholarships from the special autonomy fund. But when the budget is corrupted, not all indigenous Papuans have the opportunity to go to school and college for free. They are victims of corruptors who have the heart to steal special autonomy funds.

The most dire situation due to corruption is that when money is taken from the central government and local officials are desperate to continue infrastructure development, the cheapest type of material is chosen. Even though the building materials are of poor quality, the infrastructure is easily damaged. Then it will endanger the residents because the bridge and the road can be split because they are made of cheap materials.

Therefore, corruption must be eradicated throughout Indonesia, including in Papua. Every corruption case must be resolved, including the case involving Lukas Enembe. Luke must be willing to come and fulfill the KPK’s call and be responsible for his actions. Do not let corruption be allowed because it harms the people of Indonesia.

Meanwhile, Papuan Youth Leader Martinus Kasuay, stated that he supports the KPK in solving the Luke Enembe corruption case. Naturally, whoever is guilty, is given criminal sanctions in accordance with the applicable legal process. The case of Lukas Enembe is purely a corruption case and is personal, not political.

In a sense, Martinus denies if anyone thinks that Lukas was attacked by his political opponent, who asked the KPK to conduct an investigation. The KPK as a state institution cannot be governed like that. The Luke case is really about corruption, not because of incitement from political opponents who want to replace his position as governor of Papua.

Although Luke is a governor, he must obey the ongoing legal process. Don’t just make an official run away from the KPK’s call. He also couldn’t justify being sick and instead asked for permission to go to Singapore for treatment. First, doctors in Indonesia are no less great. Second, the distance from Papua to Singapore is further than to Jakarta, so it is very strange when he does not want to go to Jakarta but instead goes abroad.

Luke must be willing to be summoned by the KPK and conduct an examination, so that the corruption case is quickly resolved. If it drags on, many parties will be harmed, including Papuans whose reputation will be tarnished. Eradication of corruption must be carried out throughout Indonesia, including in Papua, so Lukas must be held accountable because he has been proven to be corrupt and has received gratuities. Many parties support the eradication of corruption in Papua and want Lukas Enembe to be present at the KPK building soon. Do not continue to hide in Jayapura with the excuse of heart disease and stroke. The public is also advised not to hinder the performance of the KPK, which will carry out the pick-up, because it is in accordance with the rules. If they block the officers, it is the same as supporting corruption in Papua.

The Job Creation Law has a Positive Impact on Investment Growth