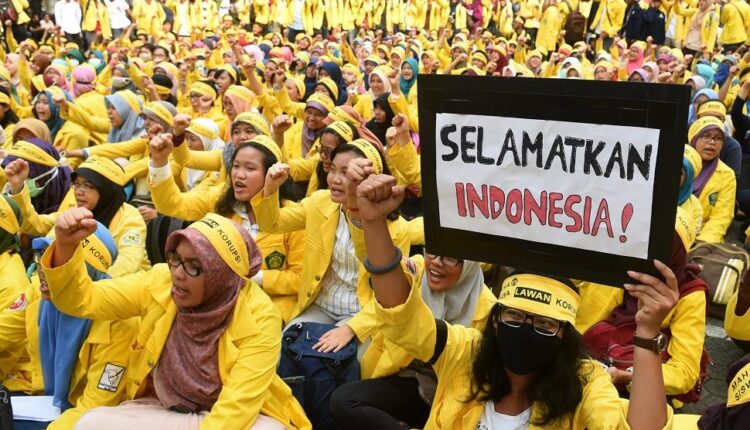 Beware of the BEM UI People’s Congress Rided by Provocateurs

The University of Indonesia Student Executive Board (BEM UI) and the Indonesian Student Alliance (AMI) are planning to hold a People’s Congress on April 18, 2022. Reflecting on previous experiences, the People’s Congress is also vulnerable to being ridiculed by provocateurs, so it should be canceled.

The pandemic is not over yet and since the beginning of the pandemic the Indonesian Police have emphasized that demonstrations are strictly prohibited because of gathering masses of people. Likewise with other crowds such as congress, if they violate, they will be disbanded because they do not comply with health protocols. But in the midst of the pandemic and the month of Ramadan, BEM UI and AMI were desperate to hold a people’s congress.

The people’s congress will be held on April 18, 2022 and will be followed by demonstrations over the next few days. They reasoned that the government’s performance was unsatisfactory. In addition, they protested the increase in fuel prices and did not approve of the 3rd term president.

The people flatly rejected the people’s congress plan. First, the problem of postponing the election or 3 periods is only an issue that was deliberately raised by the elements. In fact, President Jokowi has repeatedly emphasized that he is a citizen who obeys the constitution so he does not want to be re-elected. People do not believe in hot issues out there because it can be a hot slander.

The people’s congress can be ridden by provocateurs and they deliberately instigate students about the issue of 3 periods. Even though President Jokowi has given a schedule for the 2024 election, namely February 14, 2024. That is proof that there is no delay in the general election and he clearly doesn’t want to be a candidate anymore because it is stated in the law that a president is elected for a maximum of 2 terms.

The People’s Congress is vulnerable to being infiltrated by provocateurs, so that the action will be heated and the demonstrations that follow will end in chaos. Not only acting in anarchy such as burning tires, but students who are emotional because they have been affected can do other negative things such as destroying public facilities. Of course there will be a lot of material losses and the community will also lose because the roads are jammed and they are late in arriving at their destination.

Politician Masinton Pasaribu reminded that every movement (including congress) carried out by students must focus on populist issues, not shift to political issues. In the sense that students are obliged to remain calm and not be influenced by political issues in this country. They are indeed agents of change but should not be ridden by political opponents.

It is natural that if world oil prices rise, the price of fuel in Indonesia will also be adjusted. The reason is, the government’s budget is only around 65 dollars per barrel. So inevitably the price is also raised. This increase occurred because of the hot situation due to the Russian invasion of Ukraine, while Russia is a large oil refinery and supplies to various other countries in the world.

Students who are mature and understand global geopolitics, and can count fluently, should understand this. They must understand that the government does not choose the subsidy option because it can exacerbate the national debt.

Therefore, the People’s Congress should just be cancelled. First, the Covid-19 Task Force has the potential to be disbanded because the event is not in accordance with health protocols. Second, this event can be ridden by provocateurs and turned into a political arena. Students must be aware and not to be ridden by unscrupulous elements.