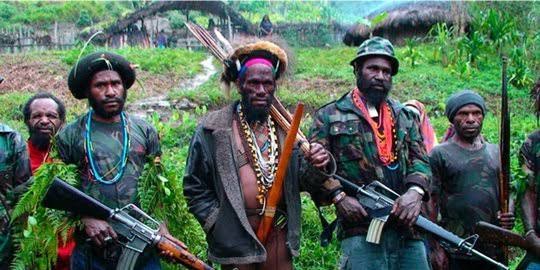 The abomination of the Papuan Separatist and Terrorist Group (KST) cannot be tolerated because it happened before the preparations for the G20 and W20 summits, so that it could lower the level of security trust in Indonesia, especially Papua. The authorities need to act quickly so that incidents like this don’t happen again.

Indonesia has succeeded in becoming the G20 presidency in 2022 and this is an achievement because it has the right to host international forums. The G20 Forum will be held in Bali at the end of the year. In addition to the G20, there is also the W20, which is a side forum that discusses the issue of women’s progress globally, and is held in West Papua.

However, the smooth preparation of the two events was threatened by the actions of the separatist and terrorist groups alias KST, who were determined to attack the Koramil post in Gome, Papua. Not only once, they even attacked 2 times and resulted in 3 fatalities and 1 injury.

The KST attack is certainly a warning that they are still acting cruelly by shooting at TNI posts in Papua. In addition, their presence is also very disturbing because it can hinder the smooth running of the G20 and W20 summits, because there is a decline in international trust due to security issues on Earth of Cendrawasih.

The G20 Summit was not held in Papua, but the Sherpa meeting was held in Jakarta and the summit was in Bali. The KST attack still affected the smooth running of the 2 events because it could be that envoys from G20 member countries canceled their arrival for fear of a similar attack as in Papua, or it could be that they asked for extra escort which was very expensive, so the budget could be overbudgeted.

In addition, the KST attack could also disrupt the smooth running of the W20 forum which is planned to be held in West Papua. It could be that when news is broadcast continuously about the KST attack, the W20 envoys are also afraid to come to Cendrawasih Earth. Moreover, most of them are women.

To overcome the KST attack so as not to interfere with the smoothness and preparation of the G20 and W20 summits, preventive measures were held. Indeed, the Nemangkawi operation was changed to the Damai Cartenz operation in 2022, but that does not mean that the operation was super slow and did not heed the safety factor.

Operation Damai cartenz is more focused on the word ‘peace’, in the sense that the guard is tighter as an effort to prevent KST attacks. There are various ways to protect it, one of which can be disguised or the officers are on guard by dressing like civilians, so as not to be suspected by the KST.

When there is a more intensive Cartenz peace operation, it does not mean that it will turn Papua into a military operation area like in Aceh several decades ago. However, there is nothing wrong with being more vigilant and preventing attacks, rather than dealing with gunfire that has the potential to cause casualties.

Moreover, being the organizer of an event as big as the G20 and W20 Summits is a great honor and don’t let these two events be completely ruined by bullets or arrows from KST. Security must be further improved so that the delegates from the G20 and W20 feel comfortable and safe while in Indonesia, whether in Jakarta, Bali, or Papua.

The KST attack on the Gome Koramil post shocked the public but also served as a reminder that they are also eyeing the G20 and W20 summits to make the event a total failure. To prevent the violence of KST, the apparatus is stricter in guarding and the community also cooperates by being an unofficial informant. The TNI and Polri have promised to protect Indonesia, especially Papua, so that the G20 and W20 Summits run smoothly.

The National Capital of “Nusatntara”Getting Plenty Of Support, the Dayak Indigenous Peoples of Kalimantan Hold a Grand Declaration