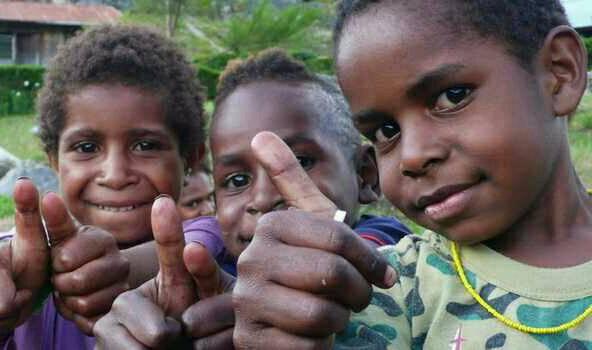 The government is implementing an integrative approach in Papua. This step was taken so that all programs to reconcile conflicts in Papua could be harmonized, so that the results would be maximized.

Separatist and terrorist groups as well as the Free Papua Organization are still a thorn in the flesh on the Earth of Cendrawasih. They still do not accept the Indonesian government and demand defection. Even though the Pepera (The Determination of the People’s Opinion) has occurred decades ago but they have not accepted the results. The separatists who failed to move on ended up using all kinds of means, including violence, to demand the formation of the Federal Republic of West Papua.

To resolve the conflict, the government changed its strategy. If it used to be a spartan way, now it’s changed to a humanist and welfare approach. It is hoped that with this change, KST will soften and surrender voluntarily to the lap of the motherland.

An integrative approach is taken to maximize the results. This is stated by Adriana Elisabeth, an international political analyst. In a sense, if there is a change in the approach, it must be structured and integrated. The goal is for this program to be a great success.

The first change in approach to separatist groups was the change in name, from Operation Nemangkawi to Operation Damai Cartenz. It is hoped that with this name change, the mission will be achieved more quickly, namely peace in Papua and West Papua.

The Cartenz peace operation will be completed at the end of 2022 and it is hoped that when it is completed, peace will really occur, aka there is no violence in Papua carried out by the OPM or KST. This operation will field 1,824 security forces and its aim is to secure and reconcile Papua.

In a sense, the Police are not only focused on preventing riots in conflict-prone areas in Papua but also maintaining peaceful areas, so that there are no attacks from KST or OPM members. Prevention is better than cure, right? It is hoped that this security will maximize protection so that KST does not dare to attack, because there are many soldiers on guard in every city or district of Papua. In addition, the integration between these two operations will be maximized in reconciling the Earth of Cendrawasih.

The public should not worry about the large number of members of the TNI and Polri in the Papua region. This is not turning Papua into a military operation area as it used to be in Tanah Rencong. Remember that the security forces are friends of the people and their job is to protect the people.

Integration in the Papua peace mission must be carried out in order to be successful. All need to maintain cohesiveness so that there will be no more attacks from KST. The community also helped the apparatus to provide information, so that KST’s headquarters could be easily found and then disbanded.

To overcome the problem of conflict in Papua and West Papua, the strategy was changed to an integrated operation. It is hoped that this mission will increase the cohesiveness between TNI and Polri soldiers and strengthen the Earth of Cendrawasih from KST attacks.

Supports Door to Door Vaccination to Prevent the Spread of Omicron

United Against Intolerance and Radicalism