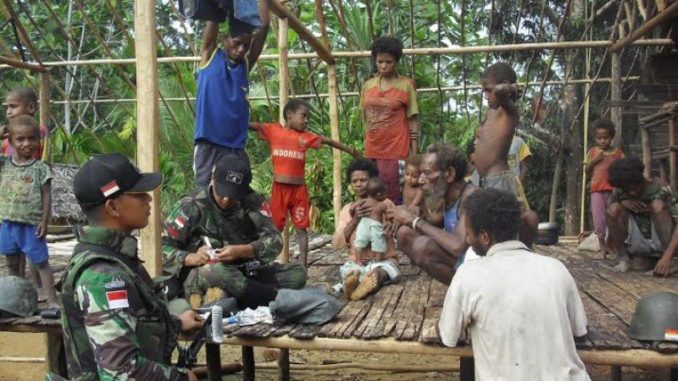 The government continues to try to end the conflict in Papua by prioritizing a humanist and welfare approach. The implementation of the new strategy brings fresh air to the people who are waiting for the realization of social security and stability in Papua.

Papua is an exotic area and is often a tourist destination, but the tourism sector there can be disrupted when there is conflict, both attacks from separatist groups and terrorists as well as conflicts between residents. Disputes like this are certainly detrimental because they can reduce the arrival of foreign guests to Cendrawasih Earth and make them have a negative inage.

Therefore, the government adopted another strategy to minimize conflict, namely via a humanist approach and heart-to-heart dialogue. As a result, there was 1 problem that was successfully resolved, namely the existence of peace between the residents of Nduga and Lanny Jaya, who had previously clashed. Although there are conditions, namely the surrender of 20 pigs and billions of money, both parties have been sincere and agreed to end hostilities.

Peace between residents was initiated through a meeting attended by Regents Lanny Jaya and Nduga, and initiated by the TNI and Polri. Danrem 172/PWY Brigadier General Izak Pangemanann stated that peace would take place on January 13, 2022. This procession was carried out at the Sinapuk Field, Wamena District, Jayawijaya Regency.

This peace is a relief because it can avoid a more severe conflict. With dialogue, problems can be solved, even if it costs some money. However, there is nothing wrong with the money being handed over, rather than later inflaming endless disputes.

Political observer Stanislaus Riyanta stated that conflicts can be resolved through intensive dialogue to overcome the two warring parties. Although it is necessary to disseminate information to the community about the applicable law, it is difficult because in Papua it is still closely related to customary law.

Customary law in Papua is still strong and the community obeys it, and when there are violations that lead to conflict, they seek advice from the traditional leaders. However, it is ensured that customary law does not violate applicable law in Indonesia. Therefore, traditional leaders need to also understand the various regulations in this country, so that there are no contras that cause the community to continue to fight.

When there is a conflict that is resolved then there is a middle point that makes both parties make peace. This is where the role of the local government, TNI, Polri, and traditional leaders is needed, so that all of them collaborate to bring about peace in Papua.

Heart-to-heart dialogue is a way to bring about peace in Papua because if there is continuous conflict, then the community will suffer. In addition to making the image on Earth of Cendrawasih negative and detrimental to the tourism sector, when there is conflict, it is difficult for civilians to move outside their homes. As a result, the economy is disrupted.

With heart-to-heart dialogue, understanding is created between the parties. Compare if the conflict is resolved in a spartan way, then there is only endless fighting because there are counter attacks every day. During the dialogue, apart from having tribal leaders, religious leaders can also be brought in, because they are also respected by the Papuan people and their words are more likely to be obeyed.

When there is a conflict in Papua, it must be resolved immediately because we certainly don’t want wars between tribes and arrows to be thrown that make the situation worse. Conflicts can be resolved with a humanist approach and heart-to-heart dialogue. With this approach, everything gets a win-win solution and Papua becomes a safe and peaceful region.

Strict Action for Ex-Elite Ormas Forbidden to Engage in Terrorism