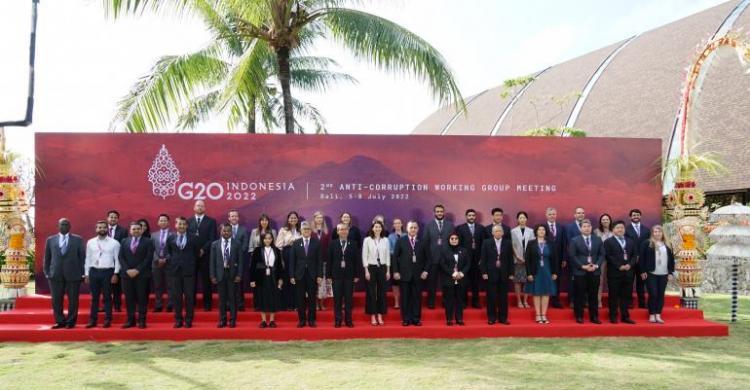 Thousands of delegates will attend a series of G20 events in Indonesia, this certainly makes the Indonesian government have to tighten mitigation for the smooth running of the event and the security of the delegates.

The Indonesian Presidency estimates that as many as 20,988 delegates will attend a series of G20 meetings in the country. In order to ensure the security of the delegates, the National Counterterrorism Agency (BNPT) held various exercises in Bali ahead of the G20 summit.

Deputy for Enforcement and Capability Development of BNPT, Irjen Pol Ibnu Suhendra said, this exercise was used as a form of prevention in an effort to secure the G20 Summit in Bali.

On a different occasion, Bali Police Chief Irjen Pol Putu Jayan Danu Putra said that the delegation present was an envoy from G20 member countries and heads of state from each G20 member country who were VIP and VVIP guests. Therefore, this exercise is carried out to provide more optimal readiness.

The Indonesian National Police (Polri) has also identified potential disturbances and potential threats that may occur at the G20 Summit. In addition to carrying out security starting from the arrival of delegations to when the G20 Summit activities were held.

It also anticipates the disruption of natural disasters and visible attacks, such as terrorism. As well as threats that do not appear to be cyberattacks, a task force to deal with this has been formed and is ready to deal with if something untoward happens. The National Police also prepared a post at ITDC or a command center for coordination of all relevant stakeholders.

The Command Center as a command post consists of 2 floors where the upper floor is diffused as an operational control room and the lower floor serves as an integrated security leadership meeting room. The facilities at the Command Center include integrated CCTV, TV Monitor, integrated Communication Radio, information system links with BMKG and BNPB (Tsunami, Earthquake and Extreme Weather Alert System) as well as Fire Brigade and Area Patrol units.

In collaboration with PT PLN, ITDC has also prepared a Central Parking area to be used as a charging station where 18 shelters are placed with 36 units of Ultra Fast Charging (UFC) and 2 additional units of UFC Mobile. This spklu shelter will later become a charging location for electric cars that will be used during the G20 Summit.

BMKG (Meteorology, Climatology and Geophysics Agency) has prepared various mitigation measures to anticipate the worst-case scenario in the event of a natural disaster during the G20 Summit event which will be held in November in Bali.

This was done for the smooth running, safety and comfort of the delegates during the event, as well as indicating that Indonesia as the host also pays attention to weather factors.

Head of BMKG Dwikoritas Karnawati even mentioned that these various mitigation actions have been prepared since Indonesia officially held the G20 Presidency in December 2021.

He hopes that the G20 Summit can run safely and smoothly, there will be no earthquake or tsunami events. However, if there is at any time the BMKG together with BNPB, BPBD, TNI/Polri are ready for the worst-case scenario.

Dwikorita also explained that the main focus in the intended mitigation action is to ensure the security and safety of the President and High Leaders of G20 participating countries if Bali is shaken by an earthquake and tsunami. The locations prepared are the VVIP of I Gusti Ngurah Rai International Airport, The Apurva Kempinski Hotel Bali and the Mangrove Area of the Forest Park.

He said that BMKG together with various other agencies have prepared an early warning system and a quick response to emergencies, including evacuation routes, evacuation signs and safe temporary evacuation sites, as well as synergy between parties related to emergency handling.

Bali, which will be the center of the G20 summit, has been prepared to anticipate the worst-case scenario if there is an earthquake with a magnitude of 8.5 which can generate tsunami waves within 20 to 38 minutes. Specifically for evacuation sites, BMKG also ensures that the building has been built with earthquake-resistant construction up to magnitude 8.5.

Dwikorita admitted that he was optimistic that the mitigation action plan that had been prepared for more than one year was able to minimize the number of casualties and losses caused. The tightening of mitigation will certainly make the committee and delegates feel optimistic that the G20 summit in Indonesia will run safely and smoothly.