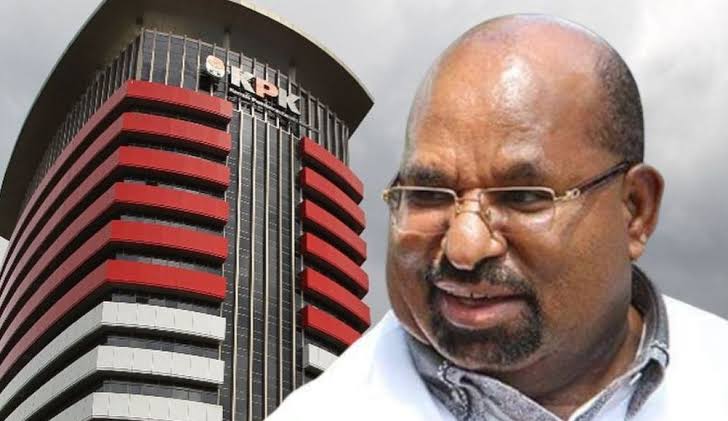 The Corruption Eradication Commission (KPK) took the initiative to investigate Papua Governor Lukas Enembe in Papua because of Lukas’ unwell condition. Even though the investigation was carried out in Papua, the KPK remained objective and independent in conducting investigations into the rasuah case involving the number one person in Papua.

Lukas was involved in the APBD corruption case which eventually led the KPK to issue 2 summonses. However, there was no follow-up from Lukas, so the KPK moved to Papua to investigate Lukas, who has been named a suspect. Firli Bahuri as chairman of the KPK stated that the investigation conducted on the Governor of Papua went smoothly.

Firli said the KPK’s arrival in Jayapura was solely to uphold the legal process. In the process of enforcing the law, Firli added, the KPK still needs to pay attention to the rights owned by Lukas Enembe.

In his press release, Firli said that his party wanted to enforce the law based on the main duties of the KPK, namely legal certainty, transparency, accountability, public interest, proportionality and upholding human rights. The KPK also wants to realize the goals of law enforcement, namely the certainty of justice and also benefits in handling every case.

In total there were four doctors from the central and regional IDI who assisted the examination by the investigative team.

Firli said that Lukas Enembe was very cooperative during the examination process. Later the KPK will use the information obtained from Lukas Enembe’s narrative as a reference for consideration for further legal proceedings.

Firli emphasized that the next step would be to review the results of the examination, both from the investigator team, including the medical team brought by the KPK. However, the most important thing is that the KPK continues to prioritize ongoing law enforcement by taking into account the suspect’s health condition.

On a different occasion, the Institute for Anti-Corruption Studies (LSAK) expressed appreciation for the KPK in handling the alleged corruption case committed by the Governor of Papua, Lukas Enembe. LSAK researcher, Ahmad Hariri said the persuasion efforts made by the KPK in handling a case allegedly involving the Governor of Papua, Lukas Enembe, were a firm and obedient attitude and law enforcement.

LSAK emphasized that the interest of law enforcement in examining suspects is part of the public interest, especially in Papua. Moreover, the results of the KPK’s investigation and investigation based on the PPATK report, stated that there were large transactions related to gambling in foreign casinos.

Martinus said that it was only natural that anyone who was guilty should be given a criminal penalty, in accordance with the applicable legal process.

The Barisan Merah Putih secretary also stated that the corruption case that ensnared Papua Governor Lukas Enembe was a personal case that had nothing to do with politicization or criminalization. The case is purely because it is related to the law.

Meanwhile, Zaenur Rohman as a Researcher for Anti-Corruption Studies (Pukat) at Gadjah Mada University (UGM) asked the KPK to be firm in handling cases related to Lukas Enembe. Zaenur asked the KPK to forcibly pick up Enembe if he did not fulfill the summons that had been sent.

In addition, Zaenur also suggested that the KPK use a social approach by cooperating with local figures. The KPK must inform Enembe’s defenders that this is purely a legal process.

On a different occasion, Apbsalom Yarisetouw as Chair of the Generation of Garuda Sakti Indonesia Papua Province asked law enforcement officials to be firm with Lukas Enembe who has been named a suspect in the alleged bribery and gratuity case.

He said, if Luke was not cooperative, Luke would have to be picked up by force to be held accountable for his actions.

Apbsalom said that the KPK had to forcefully pick them up accompanied by the TNI and Polri. Lukas Enembe has twice failed to summons for KPK investigations.

A number of figures in Papua also agreed to ask Lukas to be pro-active in participating in the legal process at the KPK. One of these pressures emerged from religious leaders in Papua.

Every state official, regardless of religion, must have taken the oath of office at the time of his inauguration. So in carrying out work and serving others, he was taught to fear God.

A Papuan youth leader, Steve Mara, sees that the appointment of Lukas Enembe as a suspect can be a momentum to open up loopholes for auditing the Papua Special Autonomy fund so that it is more transparent.

The central government has provided enough budget to develop Papua for the better. However, in reality, Papua’s current condition is still at a level with a high poverty rate. So that Lukas Enembe still deserves to be disciplined according to the applicable regulations.