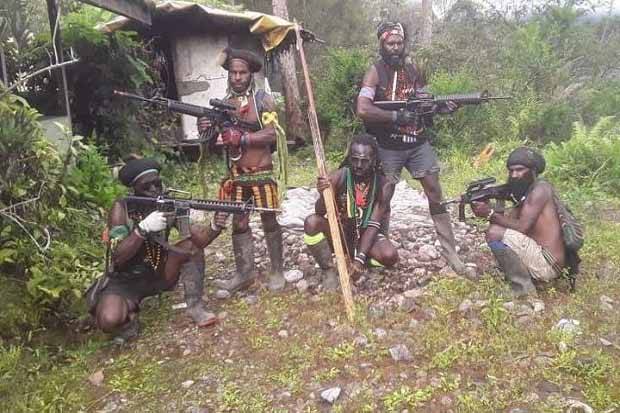 Egianus Kogoya, the leader of the Papuan separatist and terrorist group (KST) continues to lose his supporters and popularity. The decline in the popularity of the KST kingpin is very good because it shows that Papuan separatists are just a figment that is difficult to prove.

Peace in Papua is disturbed by the actions of KST who want to create a Federal Republic of West Papua, even though their actions are clearly wrong because there is no law that supports a state within the state. Worse yet, KST persuaded civil society to become supporters. If people don’t want to, they will be terrorized into obeying the separatist group.

KST’s various terrors, threats, and persuasion finally made the public disgusted and they even had antipathy towards the group. Intelligence and security observer Stanislaus Riyanta stated that Egianus Kogoya as the KST kingpin is starting to lose popularity, unlike in 2018 when his name was discussed throughout Papua, for shooting Istaka Karya employees.

Stanislaus continued, the decline in Egianus Kogoya’s popularity was due to two things. First, because of pressure from the security forces. While the second is that his supporters are starting to dwindle. This means that residents who were previously pro KST realized that their actions were wrong, or who had been pressured by the group all this time, were tired and finally dared to fight back.

Egianus Kogoya as a KST leader has always imaged himself as a hero, this is to attract the sympathy of Papuan civilians. What he did was clearly wrong. First, he shot everyone, from ordinary people to immigrants to the security forces. The reason was that the resident was a spy, even though he was just an ordinary person, but his fate was pathetic because he was shot by KST.

The people were fed up with all of KST’s behavior, so they retreated regularly and did not want to be manipulated by the separatist group. They don’t want to always be under pressure and threats from separatist groups, because as Indonesian citizens, they should be independent and not be ordered around. Moreover, being forced to support rebel groups, they ran to the police post so that they would no longer be pressured by KST.

Moreover, KST committed all kinds of crimes apart from terrorizing civilians, such as shooting at people (even those in important professions such as teachers and health workers), damaging public facilities, and misappropriating village funds. This evil act is clearly wrong and they must be held accountable for their actions in prison.

The decline in KST supporters also happened because they had gone too far by burning schools, even though education was also important for the future of Papuan sons. If they want independence, why are they anti-education? It’s not that they will be easily fooled because they never eat school, so the logic doesn’t work.

The government really wants to eradicate KST by all means. First, the Nemangkawi Task Force on duty in Papua will continue to be extended, because it has proven effective in capturing KST members to their headquarters.

Second, there is a humanist approach so that people are aware and no longer support KST, because the independence they offer is only a dream in broad daylight. If there is an independent Papua, how can Egeanus lead a country? He did not have the ability as a leader and statesman.

While the third is the welfare approach. The Papuan people are provided with facilities and infrastructure so that their lives are prosperous. They will be calm and unwilling if persuaded by KST.

Egianus Kogoya’s declining popularity as the leader of KST is because people are aware that his actions are wrong and he can only commit crimes. They do not want to be invited to support KST and OPM because they have a high sense of nationalism.

Countering the Spread of Radical Understanding Via Social Media