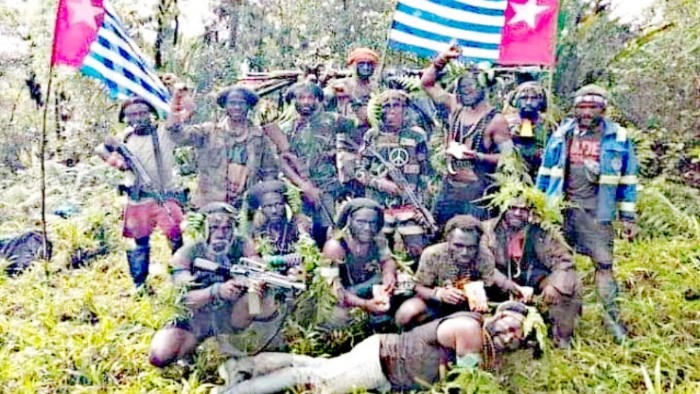 The Papuan Separatist Terrorist Group (KST) has often been the culprit of the riots in Papua, this of course being the basis for the security forces, both TNI and Polri, to take firm action against KST Papua. In fact, Commission III of the DPR RI has requested that the TNI and Polri do not hesitate to carry out massive law enforcement operations against KST.

Member of Commission III of the DPR Arsul Sani assessed that KST members in Papua are no longer committing treason, but also acts of terrorism. He also asked that the TNI and Polri do not need to think about the impact of narratives or political framing from outside parties regarding human rights violations. According to him, Commission III of the DPR will counter these narratives.

Arsul also said that KST’s actions had crossed the line. According to Arsul, the massacres against civilians that are often carried out by KST have been included in the crimes of gross human rights violations.

KST itself has tarnished the name of Papua which is known as a beautiful region. The beauty of Papua should not be damaged by the existence of KST who likes to spread terror.

The existence of KST itself has proven to be troubling to the people in Papua. On July 16, 2022, they attacked residents in Kenyam District, Nduga Regency, causing 11 fatalities.

Among the victims who died, there was a priest who was the target of KST’s atrocities. This shows that KST is indeed a brutal group that needs firm action from the TNI and Polri.

Inspector General Mathius D Fakhiri as the Papuan Police Chief said that during the first 6 months of 2022, there were 44 disturbances from KST, meaning that there was no month without terror disturbances in Papua. This number increased where last year there were only 34 cases. The disturbance occurred in the districts of Intan Jaya, Nduga, Yakuhimo, Bintang Mountains, Puncak and Painai.

KST has made serious cases, such as mass murder, theft and even burning of public facilities. If there are KST members who are caught, of course they must receive severe punishment as a deterrent effect.

On a different occasion, Yorrys Raweyai as a member of the DPD RI from Papua asked the government to suppress KST to its roots. In a sense, KST must be suppressed because it is considered detrimental to the Papuan people to make them threatened, of course the constant existence of terror can damage people’s mentality.

The attack from KST will force the market to disable buying and selling activities, this is of course very detrimental to the community, because many Papuans will lose their income.

On the other hand, the Papuan people should not be consumed by propaganda or hoaxes from KST members which are carried out to gain the sympathy of Papuans. Firm action from the apparatus is a form of protection for Papua, not a violation of human rights or an attempt to militarize Papua.

KST also had the heart to burn people’s houses. Even though it was clear that the owner of the house was his own tribesman. KST’s heinous action certainly violated human rights and the group was proven to have committed actions that were clearly detrimental to the community.

In acting, they also seem immeasurable, KST has long popularized the call to create a Federal Republic, but instead they have made the public as public enemies.

How could they be able to establish a state, but instead they used brutal methods to burn the houses of people who were ethnic people.

Therefore, the hunt for KST should have been carried out because they had repeatedly killed them and even did not hesitate to carry out attacks on officers who were resting.

Hunting for KST is a challenge for the authorities, especially since they have many hidden bases in remote areas of Papua. However, the apparatus will not tire of arresting KST so that they do not destroy peace in Papua.

The existence of KST in Papua with all its evil actions so far must have caused endless fear for local residents. It is not wrong if Papuans are inflamed and express their jealousy towards their fellow countrymen and countrymen in other regions who are allowed to enjoy the dynamics of normal life without being afraid of a sudden attack from KST.

If KST is upset because they see the TNI repairing waterways, of course we know how KST is a group that is not happy if the Papuan people can get services from the government.

Therefore, KST’s actions that often carry out these attacks clearly harm all parties in Papua. They are the ringleaders of the riots that destroy the peace in the Republic of Indonesia.

Dr. Erlina Burhan: Indonesia Is Quite Successful In Handling The Covid-19 Pandemic