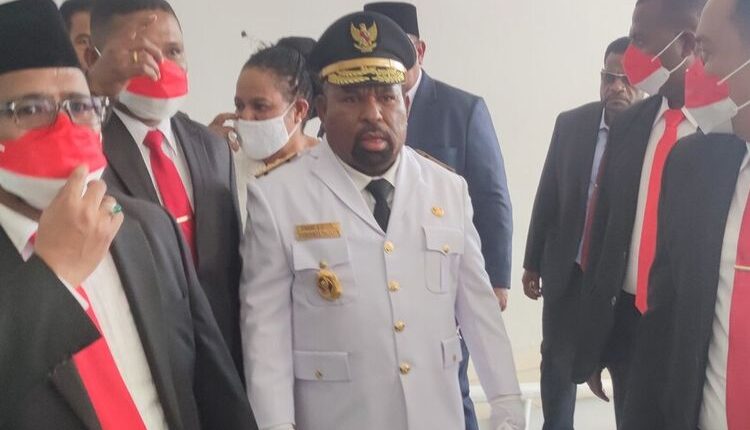 Papua Governor Lukas Enembe continues to ignore the KPK’s summons regarding the corruption case that ensnared him. The public also urged Lukas Enembe to obey the law and fulfill the KPK’s call so that law enforcement can run optimally.

The corruption committed by Lukas Enembe is shocking not only for Papuans, but also for the whole of Indonesia. Because, so far he is known as an outstanding official. However, it turned out that he was corrupt and received a gratuity worth 1 trillion rupiah. He was even caught laundering money at a casino overseas, and had deposits in offshore accounts as well.

When summoned by the Corruption Eradication Commission (KPK), Lukas continued to be absent for various reasons. President Jokowi was furious and insisted that everyone is equal before the law (including a governor). Lukas must respect the legal process and fulfill the KPK’s summons.

In a sense, if President Jokowi has ordered, Luke must obey because it is an effort to obey the law. Moreover, Luke is a state official who must set a good example for the community.

When Lukas continued to disobey, besides being threatened by the KPK, his position was also threatened. He could have been dishonorably dismissed for committing corruption with a fantastic value. What is in the spotlight is not the nominal money, but the bad behavior that has harmed the Papuan people.

Lukas Enembe could not ask for a dispensation or for various reasons, so that he did not have to come when the KPK summoned him. In accordance with the rules, if you have been absent 2 times from the KPK’s summons, a forced pick-up will be carried out. The KPK and the authorities will arrest Lukas, even though his position is in Papua, so that he is willing to take responsibility for his actions and comply with the ongoing legal process.

Meanwhile, Lukas Enembe’s lawyer, Stefanus Roy Rening, gave an alibi that Lukas had a stroke so he could not fulfill the KPK’s summons. This reason is very illogical because before Luke seemed to be in good health. Sickness is the main reason for corruptors to evade the KPK’s summons, and this old method is very ineffective because everything is a lie.

Lawyer Lukas Enembe was asked to cooperate, not stir things up. Even Stefanus presumptuously asked permission so that Lukas was allowed to go to Singapore for treatment. This permit will not be granted because he might even run away and not return to Indonesia, or transfer the money again to an overseas account.

Meanwhile, the lawyer also maneuvered by alleging that the Lukas case was an attack from a political opponent, and the KPK summons was a request from an official. However, no political opponent has done so. The KPK has also conducted an investigation since 2017 and when the evidence and witnesses were strong, Lukas Enembe was named a suspect in corruption and graft.

Strong protests against Lukas Enembe’s actions also came from the Papuan People’s Council (MRP). Herman Yoku, a member of the MRP, stated that Lukas Enembe had to fulfill the KPK’s summons. If he is innocent, then he must clarify. The law was supreme commander and Luke had to obey the law.

In a sense, the MRP as the representative of the Papuan people reminded Lukas to obey the KPK’s call. If he is innocent, why be afraid? Precisely his actions that always dodge and reason this and that, show that he is guilty and eats people’s money. Do not let the people of Papua suffer because the money that should have been used to build infrastructure on Earth of Cendrawasih, was corrupted by Lukas.

The MRP is also very ashamed of the actions of Lukas Enembe, who ate people’s money at will. Previously, Papuans were proud of Lukas, and were happy because there was a magnificent stadium named the Lukas Enembe Stadium. However, they were very disappointed because it turned out that Lukas was proven to be corrupt in trillions of rupiah.

Moreover, the money from corruption was used to play gambling at a casino abroad. Gambling is an act that is against religious law and state law. Luke can’t reason that he gambles just for relaxation, because there are many ways to get his brain to rest. The people were even more furious because there were CCTV videos that were spread, as evidence that Luke often visited the casino.

Therefore, Luke must obey the law and obey the KPK’s summons. Do not make excuses for having a stroke or other reasons, then run wildly abroad. He could be banned from going anywhere, because he had to take responsibility for his actions and answer questions from the KPK.

Corruption is a despicable act because what is taken is people’s money. When the Governor of Papua, Lukas Enembe, is proven to be corrupt, there is no mercy. He had to come to the KPK and there was no reason that he was having a stroke. The Papuan people also urged Lukas to dare to come to the KPK building.