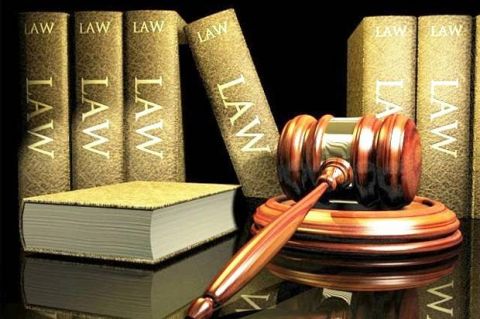 The revised Criminal Code (KUHP) is a major step taken to improve Indonesian law. Moreover, the previous Criminal Code was considered outdated and irrelevant to be implemented at this time, so the ratification of the new Criminal Code was a big step towards reforming the criminal law.

The new Criminal Code not only accommodates a lot of input, but the national Criminal Code has also been widely socialized to all stakeholders throughout the country.

With so much participation and the enthusiasm of all Indonesian people, it also shows that the existence of this new Criminal Code is truly supported by many parties.

Therefore, the Government and DPR RI express their gratitude to all the people who have participated in the formation of this historic moment.

Of course the ratification of the Criminal Code is not only a historical moment because at this time Indonesia officially has its own legal system, but it is also a starting point for criminal reform in the country through the expansion of various types of punishment that can be imposed on the perpetrators of crimes. criminal.

The Chairperson of the Indonesian Parliament, Puan Maharani also stated that the Criminal Code is an open recodification effort of all criminal provisions and is also able to respond to all developments that exist in today’s society.

Not only that, Puan also assessed that the existence of this new legal system was also able to equate all the views of the Indonesian people whose conditions were very diverse.

He stated that the formal establishment of the Criminal Code as a law to replace the old Criminal Code which was a product of the Netherlands, was a big step for the Indonesian people in their efforts to reform criminal law within the framework of making Indonesia a very democratic constitutional state.

How can this criminal law reform effort be seen from the national Criminal Code which not only regulates imprisonment and fines, but also adds several other alternative punishments such as closing sentences for supervision punishment to social work punishment.

There is also a quite fundamental difference, in that the national Criminal Code no longer places capital punishment as a principal punishment, but instead constitutes a special punishment which will always be threatened with alternatives. In addition, during the sentencing process, the convict will be subject to probation for up to 10 years.

It is clear that all the differences that occurred between the national Criminal Code and the Criminal Code left behind by the Dutch colonialists constitute a very historical moment, because Indonesia already has its own legal system and continues to strive for criminal law reform. The determination of the latest Criminal Code is indeed a very big step and something to be proud of.

On the previous occasion, Deputy V of the Presidential Chief of Staff (KSP) Jaleswari Pramodhawardani said the ratification of the Criminal Code was a real step towards reforming Indonesia’s criminal law.

In his written statement, Jaleswari said that the ratified Criminal Code would perfect the Indonesian criminal law regulatory system, which would be achieved through consolidating criminal provisions in various sectoral laws and preventing criminal disparities between one provision and another.

Jaleswari said that the old Criminal Code, which was drafted 104 years ago, needed to be updated to meet the demands of the times and the national need for laws with corrective justice, restorative justice and rehabilitative justice.

Jaleswari said that a team of experts and the government had also conducted outreach to the public and held training for law enforcement officers to provide an understanding of the meaning, essence and philosophy of the Criminal Code.

It should be noted that the new Criminal Code has a pardon decision by the judge, where the judge can decide not to impose a sentence or not by considering the lightness of the act, the perpetrator’s personal situation, in terms of justice and humanity.

The Criminal Code has a mission of decolonization which means eliminating colonial overtones in the substance of the old Criminal Code, namely realizing corrective-rehabilitative-restorative justice. Objectives and Guidelines for Sentencing (Standard of Sentencing) and contains alternative criminal sanctions. For example, punishment for supervision and social work, if not more than five years.

In addition, there is also a harmonization mission as a form of adaptation and harmony in responding to the latest legal developments, without setting aside living law.

Criminal law reform in Indonesia is indeed needed to eliminate irrelevant regulations where the previous Criminal Code was very outdated, so that the ratification of the new Criminal Code is the government’s attempt to reform the Criminal Law in Indonesia. )* The author is a contributor to Nusantara Reading Room