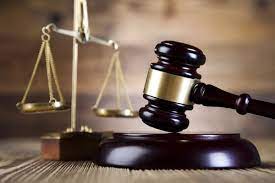 So far, Indonesia is still using legal products compiled by the Dutch colonial since before independence. Therefore, the ratification of the RKHUP is important considering the current Criminal Code is no longer relevant to be implemented.

Indonesia is a legal state, where all aspects of life in the social, national and state fields including the government must be based on law, so the making of the Draft Criminal Code (RKUHP) is something that has its own urgency to be immediately ratified in Indonesia as a set of laws and regulations. regulations to replace the old Criminal Code.

Regarding this, Prof. Marcus Priyo Gunarto as Professor of Criminal Law at the University of Gajah Mada (UGM) stated that the position held by the RKUHP to immediately be able to update the old Criminal Code is because the Criminal Code has a fairly long age, which was made in 1881 in the Netherlands and then brought to Indonesia. in 1915 ago, and then stipulated as the Criminal Code officially in Indonesia through Law No. 1 of 1946.

Still discussing the polemic of translation, the UGM Professor also admitted that there were already several versions of the translation into Indonesian, but it turned out that when they were juxtaposed with each other, they actually used certain terms that were not exactly the same.

Furthermore, exploring why this RKUHP is really an important matter to be ratified immediately and replace the old KUHP is because it turns out that related to the criminal system, it turns out that it is very outdated. It is undeniable because it was made even more than 2 centuries ago, so now, of course, the teachings against the law have developed, including the issue of accountability, which must have undergone a dynamic process.

Strictly speaking, the Professor who is an expert in the field of procedure and criminal law again said that the urgency to immediately ratify the RKUP is very high. If the RKUHP is not immediately ratified to replace the old Criminal Code, then the law enforcement in Indonesia will not automatically recognize the principle of restorative justice, which can be an alternative for resolving criminal cases in the mechanism or procedure of criminal justice. criminal law is transformed into a process of dialogue and mediation.

The reason is that it cannot be denied that so far the community has welcomed the application of restorative justice in Indonesia. Meanwhile, it should be noted that the application of alternative settlements for criminal cases was not known in the old Criminal Code.

Moreover, Prof. Marcus again explained that the law itself is actually a resultant or something that is produced / resulted from the values ​​that apply in society. So if we look back, regarding the manufacture of the old Dutch Criminal Code, it is clear that the people behind the implementation of the old Dutch rules are very different from the people in Indonesia.

For example, Dutch society is generally described as a liberal and individualist society, while Indonesian society itself is a monodual society, that is, if interpreted literally, it is a social being but at the same time an individual being. In the context of the state, it means a society that provides a balance between private interests and public interests.

Actually, Law Number 1 of 1946 itself has limitations, namely the laws that apply in the country can still be used, but as long as they do not conflict with the condition of an independent and sovereign Indonesia. While this condition may be more or less relevant at that time, which was still in a transitional period after the Dutch colonialism. Meanwhile, at present, the validity of the old Criminal Code is no longer relevant.

Prof. Marcus explained that the idea to immediately replace the old Criminal Code with the RKUHP had even been discussed since the Criminal Law Symposium in Semarang in 1963, while the first draft on efforts to make the RKUHP as an original Indonesian legal product had been carried out since 1964.

There are so many things that must be considered in the ratification of the RKUHP because it is already very complex that things have happened that need to be considered as well. Because the drafting team hopes that the RKUHP will

KST Papua is the Real Enemy of the Indonesian Nation