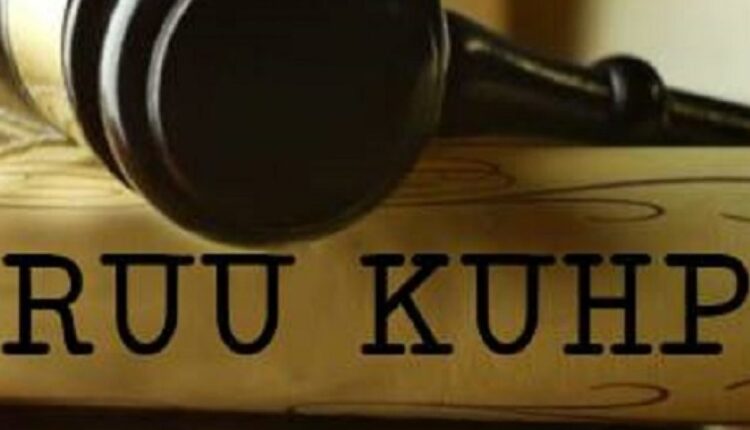 RKHUP Gets Lots of Support

The Draft Criminal Code (RKUHP) will soon be ratified. Many parties support the ratification of the RKUHP because it is a product of the work of the nation’s children as an effort to be free from the old KUHP, a legacy of the Dutch colonial era.

When the RKUHP will be ratified, many will support it. The DPR RI has been researching this draft law for years, because the articles are numerous (up to hundreds). The RKUHP must be made into law because it will change the social order for the better, as well as revise the Criminal Code which is less relevant to the present.

Herman Herry, Chairman of Commission III of the DPR RI stated that he supports the government in accelerating the ratification of the RKUHP. This intention is in line with the spirit of Commission III of the DPR which encouraged the government to propose the RKUHP. Moreover, the Criminal Code is the parent of criminal law which is important in dealing with the dynamics of criminal acts, and must keep up with the times.

Herman Herry continued, if the new version of the Criminal Code is realized, it will be a historical marker because Indonesia does not use the Dutch inheritance law. In a sense, after discussing the draft RKUHP, many people just found out that the current Criminal Code is a legacy from the colonial era. Therefore, it must be revised as soon as possible because the times are far different.

For more than 100 years life has been different because it is today using technology and the internet. If the Criminal Code is not amended it will be very old-fashioned, and does not fully protect society. There are additional articles in the RUKHP relating to cyberspace and electronic media, and this law follows the current era.

The RKUHP is in line with the ITE Law and protects the public in cyberspace. The reason is because in the RKUHP it is stated that there is a prohibition on spreading obscene videos on electronic media. This rule is very necessary so that people are not exposed to pornography and immoral videos in cyberspace, which can damage morals, especially children. Especially now that elementary school children already have their own gadgets and it is dangerous to access these videos.

Meanwhile, Coordinating Minister for Political, Legal, Human Rights, and Security Affairs Mahfud MD stated that the law changes according to changes in society (ubi societas ibi ius). If the Criminal Code is more than 100 years old (because it was implemented since Indonesia was still called the Dutch East Indies, then it must be changed to make it more relevant.

In a sense, the old Criminal Code could not handle various upheavals in society because it is now the era of information technology, no longer the colonial era or the agrarian era. If it is forced, it will not protect all Indonesian citizens (WNI) to the maximum.

Indeed, there are several articles in the RKUHP which are surprising because the Indonesian people are not used to these changes, but they should understand the reasons and listen to the explanations. Deputy Minister of Law and Human Rights Eddy O.S explained the articles in the RKUHP that shocked the public.

According to Eddy, first of all in the RKUHP it is stated that the death penalty will be ended. In the sense that it will be the last option and only given when there is no clemency (pardon) from the President of the Republic of Indonesia. If this law is passed, Indonesia will become a merciful country because it prefers to punish suspects with life imprisonment.

Of course the issue of the death penalty or life imprisonment depends on the judges who handle it in court. The issue of clemency also depends on the president’s policy. In a sense, depending on how severe the case is, and not just shoot to death to solve the problem and punish someone for his mistake.

If people act wisely, they will understand why it is so important to revise the RKUHP. Don’t fall prey to hoaxes and propaganda that could be thrown by the opposition so that the ratification of the bill is suspended, or even canceled. The reason is because revision is very important to improve criminal law in Indonesia.

Meanwhile, politician Al Muzzamil stated that the RKUHP must be ratified immediately because it regulates moral issues, including adultery. In a sense, in the draft RKUHP it is stated that adulterers will be sentenced to 1 year in prison. If this bill is passed into law, the community will be protected from immoral acts and things that threaten the peace and integrity of the household.

Rules of decency are indeed very important because they involve eastern customs and moral issues. Don’t let Indonesia, which has always been known for being polite, turn into a liberal country and not give severe punishments to those who commit adultery and other immoral violations. If you want to advance the nation, what needs to be improved is the morals of the community.

Many parties support the ratification of the RKUHP because this law is very useful for people’s lives. Moreover, the old Criminal Code is too old, and irrelevant because it was made during the Dutch colonial period. The RKUHP also protects women for dealing with suspected adultery cases with punishment