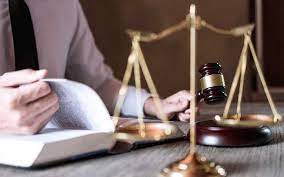 The Draft Criminal Law (RKUHP) continues to be encouraged to be able to accommodate all the aspirations of students and also all Indonesian people, because its application will later regulate all aspects of national and state life.

The process of changing the old Criminal Code from the Dutch colonial heritage to the RKUHP is currently still under discussion in the DPR RI. Then the government, through the Ministry of Law and Human Rights (Kemenkumham) also continued to coordinate with the legislature for settlement by accommodating all aspirations from various directions.

The Deputy Minister of Law and Human Rights, Edward Omar Sharif Hiariej (Prof. Eddy) admitted that his party really had to talk to the House of Representatives of the Republic of Indonesia. They gave a lot of input, especially regarding crucial articles and also of course all have been recorded to be brought to the house of representatives in early November.

He also added that the absorption and shelter of aspirations from students regarding the formulation of the RKUHP has been carried out. Before absorbing and sheltering these aspirations, a dialogue was held that discussed the bill and there had been a lot of meaningful input obtained.

He added that the amount of input in the dialogue would certainly be a consideration. Even the Ministry of Law and Human Rights itself admitted that it was very satisfied with how the ‘Kumham Goes to Campus’ event was held at Hasanuddin University (Unhas) Makassar.

Not without reason, because the Deputy Minister of Law and Human Rights considered that the questions raised by the students in the event were very critical, logical and indeed related to providing constructive criticism. On the other hand, the Head of the Regional Office of the Ministry of Law and Human Rights of South Sulawesi, Liberti Sitinjak admitted that such an event initiated by the government is indeed very important because it is able to help provide massive socialization about the RKUHP as well as accommodate public involvement in its formation.

Even with the dialogue carried out, Liberti assessed that in fact the community was already looking forward to the presence and ratification of the RKUHP because it was very relevant and in accordance with the conditions of the dynamics of community and social change in this day and age, rather than having to continue to use the old Criminal Code legal system that many irrelevants encountered in it.

Socialization was carried out by the government through the Ministry of Law and Human Rights not only this time, but previously similar activities have also been carried out at the University of North Sumatra (USU), Medan. Prof. Eddy stated that the selection of students as the target audience for a series of seminars from the Ministry of Law and Human Rights was not without reason.

According to him, the selection of students as an audience is very important because students are critical and idealistic elements of the nation that need to be absorbed by their aspirations. In addition, students are also agents of change who can drive change to lead to a better life order.

Prof. Eddy also explained that Kumham Goes to Campus was in line with President Jokowi’s direction, which asked the entire drafting team of the Criminal Code Bill to conduct massive socialization to the community. This is done to provide an understanding of 14 crucial articles, as well as to gather opinions, inputs and aspirations from the community towards the final draft of the Criminal Code Bill.

In addition, the difference of opinion within the academic world is sunnatullah. Even that dissent doesn’t have to affect personal relationships. Arguing opponents are true friends in thinking. This means that this depends on perspective, and it should be that dialectics in the campus world should be able to be familiarized by all parties. The sharper the dissent, the more familiar the relationship. Don’t be allergic, be upset with dissent, especially among academics.

On the other hand, Constitutional Law Expert, Zainal Arifin Mochtar expressed his appreciation for how the efforts of the Ministry of Law and The Government continue to absorb the aspirations of students regarding the ratification of the RKUHP. According to him, precisely with so many discussion rooms opened, the results will be even better. Not only that but he stated that however, changes in the times will inevitably occur so there is also a need for some adjustments.

Meanwhile, according to the Member of the Discussion and Socialization Team of the Criminal Code Bill, Albert Aries, updating the Criminal Code left by the Netherlands is a constitutional order. According to him, a legal system that has been implemented in a country is indeed the most honest reflection of the civilization of a country. The reason will reflect how they view the rule of law and its applicability to society.

Indeed, it is ideal for all the efforts that have been made by the government so far regarding the RKUHP, including the shelter and absorption of all aspirations from the community, especially academics and students. Because the existence of the legal system will later be enforced and greatly affect almost all aspects of people’s own lives, so it is impossible to pass it casually without the approval and support of the community.