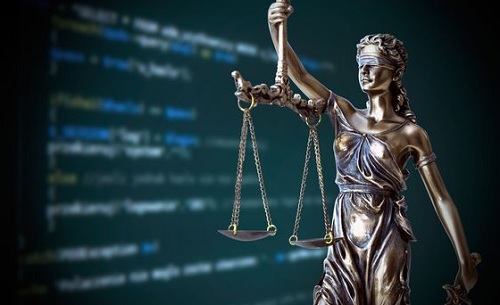 The improvement applied to the perpetrators is the application of rehabilitative justice. Perpetrators will receive rehabilitation in order to correct their actions so that they do not happen again. Meanwhile, Edward explained that restorative justice aims to recover victims from crimes.

The RKUHP does not only focus on correcting the actions of criminals, but also focuses on fulfilling the rights of victims. In addition, victims of crime also receive rehabilitation to support the recovery process.

Article 57 of the RKUHP says that in the event that a criminal offense is threatened with an alternative principal punishment, the imposition of a lighter principal sentence must be prioritized if it is considered appropriate and can support the achievement of the sentencing objective.

Edward said that the lighter punishment was supervision and social work. Constitutional law expert Bivitri Susanti said that the Draft Criminal Code (RKUHP) has urgency if it brings a new, modern and contemporary paradigm of criminal law.

During the Dutch colonial era, the natives were pressured not to rebel and be critical of the government. This can be seen from Ir. Soekarno to Boven Digoel and Banda Neira. Although the current Criminal Code is 105 years old, not all paradigms in it can be applied in Indonesia in the current context.

Previously, member of Commission III of the DPR RI Didik Mukrianto asked the government, especially the Ministry of Law and Human Rights to be more massive in socializing the 14 crucial articles in the RKUHP which are still a public debate.

Benny Riyanto as Professor of Law at Diponegoro University (UNDIP) revealed that the Criminal Code Bill needs to be ratified immediately to follow the paradigm shift in criminal law. According to Benny, Indonesia needs a new criminal law that is more in line with the current conditions of society.

He explained that there is a paradigm shift in the current teaching of criminal law, namely the paradigm of retributive justice to a paradigm of justice that includes the principles of corrective, restorative and rehabilitative justice.

Benny stated that the plan to ratify the Criminal Code Bill into Law had actually been approved at the 2019 plenary session. However, Indonesian President Joko Widodo on September 23, 2019 asked the DPR to postpone the ratification of the Criminal Code Bill along with 3 other bills because the draft was still receiving rejection from the public. .

Several formulations of norms in the Draft Criminal Code also accommodate input from civil society. For example, the formulation of norms in the article on blasphemy and abortion. In addition, the Criminal Code Bill also includes norms related to typical Indonesian criminal acts, such as declaring oneself to have supernatural powers that can harm others.

Appreciating the Rapid Infrastructure Development in the Jokowi Era