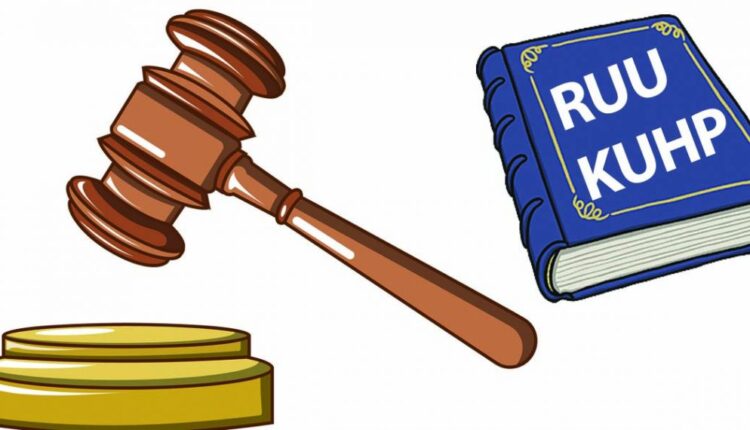 RKUHP for Certainty of Law Enforcement in Indonesia

The RKUHP is a bill that is widely discussed by the public, because it will soon be ratified by the government. Many parties support the RKUHP, especially legal experts. They reveal the fact that the current Criminal Code is a law inherited from the Dutch during the colonial period, so it is very ancient and must be replaced, to suit the dynamics of Indonesian society.

The Expert Staff of the Minister of Law and Human Rights (HAM) for Inter-Institutional Relations, Dhahana Putra, stated that the current Criminal Code does not contain the principle of justice. While the RKUHP approach has two perspectives, namely justice and certainty. When there is a case, even though it is in the norm, is in the article, but does not show justice, the judge prioritizes the values ​​of justice.

Dhahana continued, justice is an essential value in the RKUHP. For example, when there was a case of a poor mother who stole cassava because of hunger. According to the current Criminal Code, he is sentenced to imprisonment. However, if using the RKUHP, there will be a justice approach, and the judge decided that he was not imprisoned (because he was forced to do so).

In a sense, the RKUHP provides certainty in law enforcement because the law is not only sharp downwards (only applies to small people). Where a case is seen from the cause and effect. A person who is compelled to steal will be exempt from punishment, because he did so out of famine.

The RKUHP is in accordance with the defense system in the community system. Correctional facilities provide space for perpetrators to improve themselves, provide responsibility, and knowledge (and skills as post-free living capital). However, the current Criminal Code and correctional institutions are not in sync.

Out of synchrony occurs because the Criminal Code approach to ‘deeds’. While the RKUHP approach is to foster prisoners. Therefore, the RKUHP must be ratified immediately because it will uphold justice in this country. It also makes ex-convicts repent and have high skills, after becoming ‘new people’ after being released from prison.

Meanwhile, a Legal Expert from the University of Jember, I Gede Widiana, stated that the RKUHP was made to ensure law enforcement in Indonesia, because the current Criminal Code is still in Dutch text. Until now there is no official translation of the Criminal Code. If there is no RKUHP, there will be no certainty in the law, because the language and text are uncertain.

Gede added, in the old Criminal Code there is still a retaliatory or retributive value. Whereas in the development of modern law, the issue is not only punishment but also restoration. The public must know the importance of ratifying the RKUHP because there is restoration value in it.

If the current Criminal Code does not have an official translation then it is very dangerous for law enforcement in Indonesia. The reason is because each judge can have different interpretations. So if there are 2 or more similar cases, then the punishment will be different, and there will be chaos because of it.

In fact, Indonesia is a state of law and justice must be upheld. The RKUHP must be ratified because it can remove differences in the interpretation of the articles in the new version of the Criminal Code. The reason is because the text is in Indonesian, it’s clear, and it’s just a matter of applying it in court.

In the old version of the Criminal Code there is a value of retaliation because the makers are the invaders. Where Indonesian citizens as the colonized party, will be given the heaviest punishment if they make a mistake. Whereas in the modern era it cannot be like this because it does not educate. Therefore, the RKUHP must be immediately ratified by the government, because it will erase the value of retaliation.

The value of retaliation will be replaced with the value of restoration and education. Where prisoners are not only allowed to move in prison just like that. But he was counseled so that he would not become a recidivist, even a bromocorah, because he would repent and would never repeat his crime.

Then, in correctional institutions, education is also given, generally skills. Usually inmates are taught how to weave doormats, print t-shirts, and various other skills that are useful for the future. Most people are afraid to hire ex-convicts. Therefore, they are provided with skills so that they can become independent entrepreneurs, and earn a living with these skills.

The RKUHP is fully supported by legal experts and they want this bill to be passed soon. The reason is because there will be certainty of law enforcement in Indonesia. Where the principle of justice is upheld, and the value of restoration and education is given. The law doesn’t just give revenge on

Don’t Ignore Prokes, the Covid-19 Pandemic is Still On